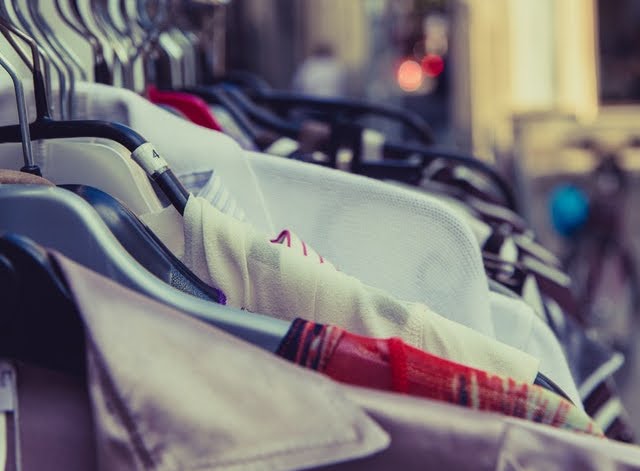 Long a lightning rod for controversy, the fashion industry has weathered another turbulent year.

Luxury retailer Burberry, for example, spent the summer on damage control after its history of decidedly wasteful practices came to light. On the other end of the affordability spectrum, fast fashion label H&M saw its own (oft-discussed) commitment to sustainability called into question.

This week, both organizations announced they would not only clean up their own operations, but collaborate with peers and competitors to promote sustainable practices industry-wide. They are just two of the 43 companies that have signed the new Fashion Industry Charter for Climate Change.

Sponsored by the United Nations, the agreement also counts fashion giants like Adidas and Hugo Boss, global shipping company Maersk, and the World Wildlife Fund among its participants.

These initial signatories hope they won't be the last. Their Charter, which aligns with the Paris Agreement's goals and objectives, remains opens for additional organizations to join.

Designer Stella McCartney has already proven a particularly vocal advocate for the Charter and its mission. "Climate change," she remarks, "is one of, if not, the biggest challenge of our lifetime . . . I want to call on my peers in the business, from other brands to retailers and suppliers, to sign up to this charter now. Collectively we have a voice and the capacity to make a difference."

Among the Charter's most ambitious goals is the commitment to a zero emission industry by 2050.

Other initiatives will see companies decarbonize their production processes, select more climate friendly materials, identify low-carbon transit options, and work alongside policy makers to introduce new solutions throughout the coming years. In the nearer future, participants have agreed to eliminate coal-fired power from their supply chains by 2025 and reduce carbon emissions by 30% before 2030.

"To make concrete progress on these commitments," a UN spokesperson writes, "six working groups have been established in which signatories will work to define steps for implementation." These groups intend to convene as early as January to begin these efforts.

Through textile production alone, the fashion industry currently releases more greenhouse gas emissions than all international flights and maritime shipping combined. It's also estimated that the sector's emissions could rise by over 60% within the next ten years. Presumably, this stark reality has contributed to some of the skepticism around the agreement.

Fashion United reports that critics are especially wary of 'fast fashion' companies like H&M and Inditex. Speaking with the outlet, Hester Hoogerwerf says, "Frankly spoken, I find it hard to explain how fast fashion can contribute to a more sustainable world." The Interim Manager of Sourcing & Development at Fashion Consult continues, "It's in the nature of these companies to produce clothes that are not to last very long." By design, such companies over-produce and encourage shoppers to over-consume. Truly delivering on the Charter's promises, Hoogerswerf suggests, would require nothing short of a total overhaul to their business model.

Charter members are significantly more optimistic. "The fashion industry is always to steps ahead when it comes to defining world culture," notes UN Climate Change Executive Secretary Patricia Espinosa. "The Charter, like the renowned fashion runways of the world, sets an example that I hope others will follow."

With climate change top of mind for consumers and Supply Chain Managers everywhere, expect the Fashion Industry Charter for Climate Change - and partnerships like it - to continue making headlines in the new year.