Are Trucking's Safety Regulations About to Change? 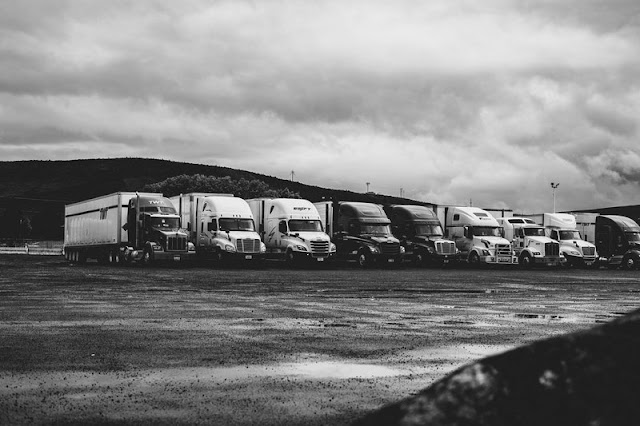 Throughout his campaign, Donald Trump made deregulation a common theme, a promise to prospective voters. Though he's had mixed results, he's consistently acted on his deregulatory ambitions as President. More rollbacks are incoming. This week the Federal Motor Carrier Safety Administration (FMCSA), a Transportation Department agency, proposed amendments to the trucking industry's "hours of service" (HOS) rules.

FMCSA Administrator Raymond Martinez believes the proposal will allow for "a commonsense approach to crafting hours-of-service regulations that are more flexible for truck drivers and promote safety for all who share the road." Others suggest the changes would do nothing to promote safety. Harry Adler, executive director of the Truck Safety Coalition, charges the government with "offering flexibility without regard for the fact that these weakened rules could be exploited by the worst actors in the industry."

HOS rules aren't new regulations. The trucking industry first introduced them in the late 1930s. Recent updates, however, have made them particularly unpopular among truckers and trade groups. In December of 2017, a long-dreaded mandate went into effect and brought HOS regulations back into the headlines. Requiring that all drivers track their road hours with Electronic Logging Devices (ELD), the so-called ELD mandate brought a slew of inflexible requirements. It has proven no more popular in practice than it was in theory

Truckers were particularly outspoken during the "public listening sessions" hosted by the FMCSA throughout the last year. "I feel," one New York fleet owner remarked, "as though some of these rules and regulations have been put in place by people that have never seen the inside of a truck."

The FMCSA is now suggesting five key changes to the current HOS rules:

Current Rule: Once a driver is on duty, a 14-hour clock starts to run continuously. When it runs out, the driver may not drive again until they have taken ten or more consecutive hours off duty. Nothing will stop the 14-hour clock except a period in the sleeper berth of at least 8 hours.

Proposed Rule: A driver can stop the 14-hour clock by taking a break of at least 30 minutes (no longer than three hours). This, the FMCSA hopes, will reduce the effects of fatigue and enable drivers to wait out traffic without losing valuable drive time.

Current Rule: A driver must take a 30-minute, off-duty break if more than eight hours have passed since their last off-duty break of at least 30 minutes.

Current Rule: A driver may operate their vehicle for two additional hours beyond the maximum time allowed. They cannot, however, extend the 14-hour window.

Current Rule: Short haul drivers may not be on duty for more than 12 hours or drive beyond a 100-mile air radius.

Proposed Rule: Short haul drivers can extend their on-duty window from 12 hours to 14 hours and operate across an 150-mile air radius. '

In addition to promoting more cautious driving and providing flexibility, the FMCSA believes its proposal could mean more than $250 million in cost savings for carriers. The agency is accepting public comments until late September. While Martinez did not indicate how long it would take to review these comments and present a final proposal, he suggested that his organization is "ahead of schedule."
Fleet, Logistics, Trending