Home Logistics Trending FedEx and Amazon are Calling it Quits

FedEx and Amazon are Calling it Quits 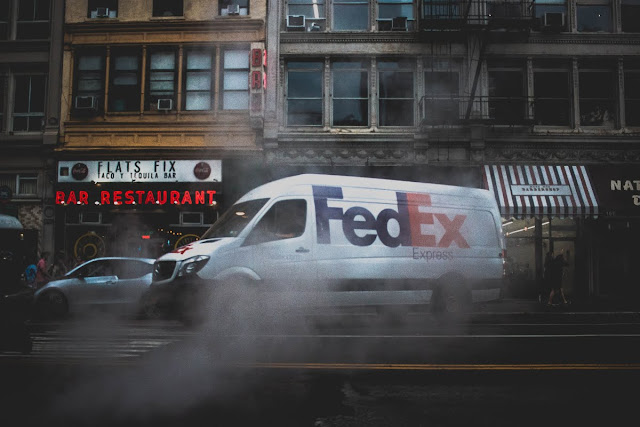 FedEx announced this week that it will cut one of its last remaining ties with Amazon. The 3rd-party logistics provider will not renew its ground delivery contract with the e-commerce giant when it expires at the end of August. This is not surprising news.

Several months ago, FedEx made the (more surprising) announcement that it would cease to partner with Amazon for air shipments. A statement released at the time pointed to "significant demand and opportunity for growth in e-commerce." The words seemed to imply that Amazon, once simply an online marketplace, was now seen as a direct competitor. Recent filings from both companies all but affirmed this assumption. This week's news suggests the competition is heating up.

FedEx cited similar motivations in a new statement. "This change," it reads, "is consistent with our strategy to focus on the broader e-commerce market." With Amazon accounting for 47% of all e-commerce sales, the move strikes some analysts as a gamble.

Speaking with Bloomberg, Satish Jinder remarks that ending the relationship will have more immediate negative effects for FedEx than for Amazon. Jinder, founder of SJ Consulting Group, goes on to speculate that FedEx will now look to partner with Walmart. Though the 3PL can still rely on UPS, USPS, regional providers, and its own growing network, a new relationship with Walmart seems like the most logical path forward. Jindel characterizes FedEx's recent announcement as a kind of plea, an attempt to "get Walmart to realize that they're not working with Walmart's biggest competitor and to make FedEx their primary carrier."

Amazon is almost certainly unfazed. Throughout 2019, the Seattle-based juggernaut has distinguished itself as perhaps the chief innovator in the logistics space. Making speedier shipments and more advanced technologies the standard, Amazon has disrupted a number of industries and forced partners and competitors alike to make bold changes. It's also quickly grown into its own biggest shipper. Delivering just 15% of its own packages two years ago, Amazon now handles nearly half of its shipments personally.

In June, shortly after ending its air freight partnership with Amazon, a FedEx spokesperson referred to 2019 as "transition year." In addition to letting its contracts with Amazon expire, the company has revealed plans for all-week shipping and tested a ground-delivery robot. Expect more announcements throughout the final quarter of this transition year.
Logistics, Trending