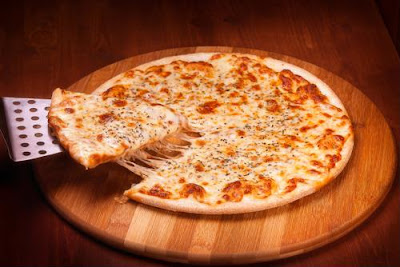 Sometimes, the best way to promote a highly functional supply chain is for franchises to consolidate. That appears to be the strategy driving one of the nation's longest-running pizza chains. However, the closures scheduled may be temporary.

During an earnings call, Yum Brands President, CFO and COO David Gibbs told investors that Pizza Hut intends to shut down approximately 500 stores that haven't lived up to expectations in terms of revenue and profitability, RestaurantDive reported. While some of these eateries could remain shuttered, the goal is to eventually reopen them after undergoing various structural changes, such as remodeling. Furthermore, instead of serving as sit-down units - where patrons can make their order and eat in booths or tables - delivery and carryout would be their primary functions.

"The closures are slated to take place on a staggered basis over the next 24 months."

Gibbs noted that these closures are slated to take place on a staggered basis over the course of the next 24 months.The expectation of this move is taking the Plano, Texas-based franchise to the next level in terms of customer satisfaction and high-quality service.

"We are leaning in to accelerate the transition of our Pizza Hut U.S. asset base to truly modern delivery carryout assets," Gibbs explained during the call, Nation's Restaurant News reported. "This will ultimately strengthen the Pizza Hut business in the U.S. and set it up for faster long-term growth."

Sixth-largest quick service restaurant worldwide
Presently, there are nearly 16,800 Pizza Hut shops around the world, making it the sixth-largest restaurant chain in terms of footprint, according to the Securities and Exchange Commission. Of these, roughly 7,482 are located in the United States, based on figures from NRN's Top 200 list.
Gibbs said that if the restructuring all goes according to plan, U.S.-based locations would dip just under 7,000 "before rebounding to current levels and above in the future."

Pizza Hut certainly isn't the only major fast food chain to improve spend management by pairing down units. As noted by MoneyWise, Starbucks is poised to close 150 of its shops in the calendar year, Burger King up to 250 and potentially as many as 1,100 for Subway, which still has the highest number of locations globally at approximately 44,000 in 112 countries. Second is McDonald's with 36,000 in 119 countries.

As for Pizza Hut, the company's shift toward delivery seems to be a financially prudent move, as service apps like Grubhub, DoorDash and UberEats are partnering with more food franchises, cashing in on Americans' love affair with eating out by ordering in. According to Yum Brands CEO Greg Creed during the aforementioned conference call, 300 Pizza Hut locations now offer Grubhub services, which has helped produce better sales results for the company thus far.
Procurement News