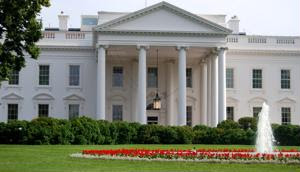 The new jobs plan announced by President Barack Obama has the potential to reduce manufacturing costs and create new jobs. A large portion of Obama's Pro-Growth Tax Reform and Jobs Package outlined his administration's plan for the growth of manufacturing jobs. As part of the plan, the Obama Administration hopes to streamline business tax code and promote industry innovation to aid manufacturing cost reduction.

After giving an economic address in Illinois, Obama released his plan mainly consisting of initiatives for tax cuts for businesses and job investments, according to The New York Times.

Through a proposed new business tax system, the plan discusses giving businesses "a better deal" through tax reform that would result in some businesses paying less and some corporations paying more.

"The transition revenue would support much-needed investments such as modernizing our infrastructure; creating new manufacturing hubs; and training our workers with the skills they need for the jobs of today and tomorrow," A White House press release said.

The plan calls for the tax rate for manufacturing to be limited to 25 percent. It also detailed using savings from the tax deduction to be put into research and development. By investing in dozens of new manufacturing innovation institutions, the President hopes to increase the industry's competitiveness through technological advancement.