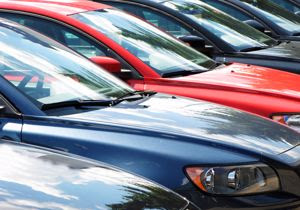 Japanese automaker Nissan released its 2013 Sustainability Report, announcing it is committed to sustainable sourcing by increasing its manufacturing of electric vehicles.

In its description of green logistics in the Environment section of the report, the company said, "Our goal is to reduce the environmental impact caused by our operations and Nissan vehicles throughout their lifecycle to a level that can be absorbed naturally by the earth by promoting effective use and recycling of energy and resources."

Emphasizing that the automaker was dedicated to providing sustainable mobility, Nissan CEO Carlos Ghosn said, "Whether we're taking steps to conserve resources, enhance safety and fuel-efficiency or expand our philanthropic investments, we are working to create economic value and making a positive, lasting impact in every market we serve."

Ghosn said there are approximately 1 billion vehicles globally and may double by the middle of the century, which could introduce new challenges involving carbon emissions and sustainability. In its effort to follow the core principles of the United Nations Global Compact and reach its objectives reducing its environmental impact, Nissan has worked with French automaker Renault, in a partnership known as Renault-Nissan Alliance. Nissan announced it will try to meet a goal of lowering the CO2 emissions of its new vehicles by 90 percent between now and 2050.

"To reach this objective, we will continue to lead the industry in advancing zero-emission technology," Ghosn said. We were early investors - and we remain profound believers - in this technology. We also recognize the importance and potential of zero-emission efforts, for the auto industry and the planet."

Ghosn predicts Renault-Nissan Alliance will make 10 percent of the electric vehicle market share in 2020. Recently, the partnership made its 100,000 sale of electric vehicles, with Nissan LEAFs making up two-thirds of those sales, according to InsideEvs. To meet this increased demand of electric vehicles, Nissan is rolling out thousands of quick-charging stations to power their cars, including in Japan.