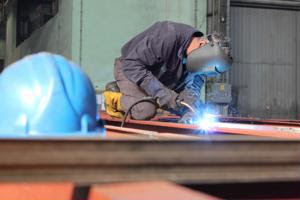 New manufacturing technology orders in the nation were up 13.6 percent in May, boosting the industry's production supply chain, according to Industry Week.

After experiencing a slow year, manufacturing technology orders spiked to $430 million in May, with an accumulation of $2.09 billion for the year-to-date total, The Association for Manufacturing Technology reported. Despite the improvement in numbers, orders continue to be down from where they were before, which was $465.38 million from the previous year in May.

The data in the AMT report came from companies that participate in the U.S. Manufacturing Technology Orders program. The orders involved the production and distribution of manufacturing technology, which can include laser, welding and plasma equipment used for metal forming and fabricating.

"A rise in U.S. manufacturing technology orders is welcome as we move into the summer months, which are typically soft," said Patrick McGibbon, vice president  of the AMT.

The report broke down orders by national and regional data of the United States. All except two of the regions, the Northeast and North Central-West showed gains in orders in May compared to April. Northeast orders were down 1 percent from April and North Central-West decreased by 0.2 percent. Orders for manufacturing technology were strongest in the North Central-East Region with a total of $100.46 million in May, an increase of 36 percent compared to April. $91.21 million was spent on equipment for metal cutting and $9.25 million on metal forming and fabricating.

"New technologies are creating change in automotive production, while many aerospace manufacturers are making shifts within their supply chains," McGibbon said. "Contract machining is also seeing growth thanks to the cost advantages of manufacturing within the U.S. Meanwhile, foreign direct investment within the U.S. continues to increase, and all of these factors are contributing to new capital investment within manufacturing."