US manufacturing activity grew in June 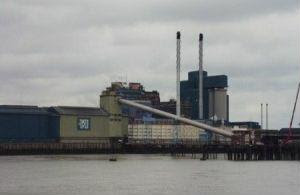 After three months of declining activity, the Institute for Supply Management's index showed U.S. manufacturing output rose in June after an increase in orders, MarketWatch reported. The reading climbed to 50.9 from 49 in May. A number above 50 indicates expansion, so analysts felt the rebound was positive, but growth was still slightly weak.

The growth in orders could be a positive sign for manufacturing in the second half of the year. The health of the industrial sector is an indicator of economic growth, and though manufacturing could expand further, increases will likely be small, according to The Associated Press. Europe's economic slump has slowed the number of U.S. exports, and many firms decreased investments in machinery and equipment during first quarter. Manufacturing production was strong during the first three months of the year, but U.S. output has been weighed down by the global economy.

The one downside of the June report was cuts to manufacturing employment, MarketWatch stated. The ISM report showed a drop in the hiring component with a reading of 48.7, down from 50.1 in May. The findings were largely positive with further production growth expected in the second half of 2013.