Home Unlabelled Some apparel manufacturing returning to US

Some apparel manufacturing returning to US 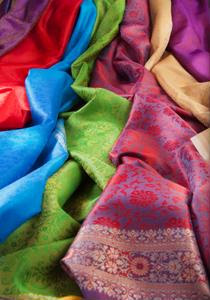 Apparel manufacturing experienced a high degree of offshoring, but some clothing companies are reshoring production to the U.S., according to USA Today. Major retailers such as Brooks Brothers and Saks are bringing operations back, along with many smaller retailers, which is expected to create approximately 1,000 new jobs. Brooks Brothers is relying on domestic manufacturing for production of 70 percent of its suits.

Although the reshoring trend has been growing in popularity for many industries, clothing was largely exempt, CNBC reported. Unlike appliances and electronics, consumers are not always willing to pay a premium price for American-made clothing. Since many people want to find the lowest cost clothing, it can be difficult to find ethically made products. Currently, more than 97 percent of apparel sold in the U.S. is imported from other countries.

Retailers may face difficulties with reshoring apparel manufacturing because the industry experienced mass offshoring, and many U.S. workers do not have the expertise needed for clothing production, CNBC said. Unlike other industries where advancements in robotics have made production easier and less labor-intensive, apparel manufacturing relies on workers' skills.

Clothing production is labor-intensive, which is why apparel manufacturing has been difficult to reshore, USA Today stated. Retailers were able to reduce manufacturing costs by moving production to other countries because wages were lower. However, manufacturing labor costs in Asian countries where clothing is commonly made are on the rise, and U.S. consumers have expressed more of a willingness to pay a higher price for products with a Made-in-America tag. In addition, bringing production closer to where products are sold can shorten the time from production to shelves. With the longer lead time with Asian manufacturing, retailers might order too much of a certain style and be forced to mark it down shortly after receiving the shipment.