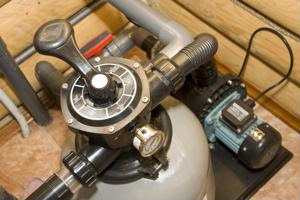 The Chicago Fed Midwest Manufacturing Index (CFMMI) expanded to a seasonally adjusted level of 96.0 on a scale of 100, an increased rate of 0.4 percent in June after decreasing half a percentage point in May.

The Federal Reserve Board's industrial production index for manufacturing increased slightly to 0.3 percent in June. Compared to national output, which increased to 2.1 percent, Midwest regional output surpassed this with 3.5 percent. Despite the overall Midwest Economy Index (MEI) staying in the red with -0.13 in June, this is a slight improvement from -0.16 in May, indicated in a separate economic report. The Midwest is described as the five Seventh Federal Reserve District states: Illinois, Indiana, Iowa, Michigan and Wisconsin, according to the Chicago Fed. The strength of Midwest output seemed to wane as manufacturing added less to MEI in June at a rate of 0.06 than with previous month with 0.15.

While output for the national resource sector increased 0.2 percent in June - up 2 percent from June 2012 - the Midwest's output climbed slightly by 0.4 percent, an increase of 3.3 percent year-to-year. Sectors that increased their production include the food and nonmetallic mineral subsectors​, while output for others declined, such as wood, paper and chemical subsectors.

In the Texas Manufacturing Outlook Survey released by the Federal Reserve Bank of Dallas, July manufacturing activity continued to expand but just slightly compared to the previous month. Declining 5.7 points, the production index dropped from 17.1 in June to 11.4 in July. The survey of 85 Texas manufacturers showed that despite the slow growth, industry outlook remained positive. For the third consecutive month, the new orders index revealed gains despite declining down to 10.8 in July from 13.

Manufacturers were spending more on labor costs and raw materials costs in July than they were in June. The price index for raw materials increased 1.6 from 14.3 in June to 15.9 in July. When asked to predict raw materials prices for the next six month, 37 percent of survey takers said they expected prices to increase.

In maintaining optimism for economic growth, hiring surged to its highest level in almost a year. The employment index improved to 9.3, with double the amount of firms (18 percent) hiring than laying off workers (9 percent). The wages and benefits index showed a decrease from 20 to 16.4 despite manufacturers stating they had no change in wages. The index showing hours worked was also positive in July.