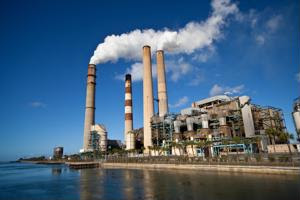 When there are disastrous events like fires or power plant shutdowns, the danger of an interruption in supply due to lax risk assessment procedures becomes greater. A recent survey conducted by APQC revealed insight on risk management process for 195 companies that participated in the study, according to the Harvard Business Review blog. Of the companies, 75 percent experienced a major supply chain disruption in the previous two years. These disruptions involved critical interruptions that caused businesses to fail to fulfill customer expectations or promises.

Minimizing risk in business is important to securing a company's financial and operational stability, Forbes described. For risk management involving supply, the site suggests companies contact suppliers to assess their solvency. However, in the APQC survey, business leaders were shown to have struggled to properly assess the financial strength of suppliers, revealing the lack of attentive enterprise risk management.

"The important thing is to figure out what might be a severe disruption and to do this you have to look down into the different tiers of supply. People at the top need to ask: 'What might be out there that we are not currently aware of,'" said Dr. Paul Walker, an ERM expert at St. John's University.

The survey showed the relationship between companies and their suppliers have changed during the recession and after. Over the previous five years, 70 percent of respondents said they decreased their number of suppliers to save money.

In an effort to reduce costs, companies also tended to hire suppliers based in inexpensive areas. Despite being cognizant that these suppliers were in disaster-prone zones, 63 percent of companies continued to use their services, undeterred by the extreme weather or political instability those supplier locations may have encountered.

To combat risk, almost half of companies said they were strengthening their risk assessment procedures.