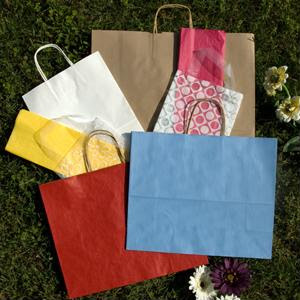 The amount of retail buying depends on consumer demand and purchasing power. With changes in consumer confidence, merchants may have to adjust their retail logistics to reflect an increase or decrease in spending. With the influx of positive economic news about employment, consumers more willing to buy and retail sales are projected to improve in 2013, according to Industry Week. A different report by The Conference Board shows consumer confidence dropped slightly in July but is still expected to pick up.

"We expect that warmer temperatures ahead may increase consumer activity and thus purchases from retailers, providing a boost for nondurable goods wholesalers through the summer of 2013," Alan Beaulieu, president of ITR Economics, said in Industry Week.

Growth in employment levels results in boost in confidence

Beaulieu said consumers' disposable incomes are rising at an annual rate of 1.8 percent, in pace with inflation and retail sales, not accounting automobiles, are peaking. Growth in payroll numbers, with 2.1 million jobs added last year, may have led to increased consumer confidence.

Employment levels grew most in construction, followed by the healthcare and retail industries compared to last year. Construction gained 2.1 percent in hiring while healthcare gained 2 percent and retail showed a rate of 1.5 percent. Beaulieu said that although the job market will continue to pick up, it will not reach its pre-recession numbers.

Consumer confidence was shown to have dropped slightly in July, according to Bloomberg. The Conference Board announced the Consumer Confidence Index is down from 82.1 in June to 80.3 in July.

While consumers see increasing home prices and employment gains as positive for the economy, fluctuations in the financial markets may have harmed consumer confidence, Ryan Wang, an economist at HSBC Securities, said to Bloomberg.

Despite the slip in confidence, consumer outlook continues to recover post-recession. Director of Economic Indicators at The Conference Board Lynn Franco said in the report that while July was shown to have weaker numbers, consumer expectations are improving overall. According to the Consumer Confidence Survey, 20.9 percent of respondents said economic conditions were "good," a 1.5 increase from 19.4 percent. The number of survey takers who described conditions as "bad" decreased from 24.9 percent to 24.5 percent.

"Consumers' assessment of current conditions continues to gain ground and expectations remain in expansionary territory despite the July retreat," Franco said. "Overall, indications are that the economy is strengthening and may even gain some momentum in the months ahead."