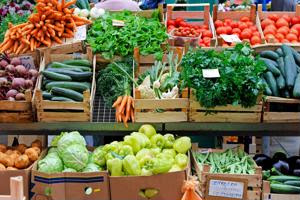 Part of the risk management process is monitoring suppliers and ensuring that their safety standards comply with the laws of the importing nation. The Food and Drug Administration recently announced it would obligate businesses to ensure their suppliers follow American food safety guidelines, impacting risk assessment procedures, according to The New York Times.

Enforcing the Food Safety Modernization Act (FSMA), the FDA proposed two initiatives that would require organizations that import food from other countries, like Walmart and Cargill, ensure their suppliers follow the same safety measures required for domestically grown food. Under the new guidelines, importers would require their suppliers to implement "prevention-oriented food safety practices," the FDA press release said.

"We must work toward global solutions to food safety so that whether you serve your family food grown locally or imported you can be confident that it is safe,"  FDA Commissioner Margaret Hamburg said. "Today's announcement of these two new proposed rules will help to meet the challenges of our complex global food supply system. Our success will depend in large part on partnerships across nations, industries, and business sectors."

By holding food importers and suppliers accountable for their food-related risk management procedures, the quality and and transparency of global food supply chains would improve. While 15 percent of the food Americans eat come from foreign countries, the FDA ensures the safety of approximately 80 percent of food consumed in the United States. With Foreign Supplier Verification Programs, the FDA states importers must have a plan for determining likely hazards associated with the food that is brought into the country and provide measures to make sure that these potential dangers are controlled.

The cost for holding importers accountable would range from $400 to $500 million, FDA Deputy Commissioner for Foods and Veterinary Medicine Michael Taylor said in the NYT. In the past, critics of the FDA have said that the federal organization has been slow to take action to enact the law since it was passed by Congress in 2010.

"Less than 2 percent of import shipments are physically examined, and we're up to around 10 million food products annually," he said. "We all realize we need to do more."

Taylor said the aim of the recent measures is to prevent food contamination rather than being forced to react.