National Association of Manufacturers calls for IP protection against cybercrime 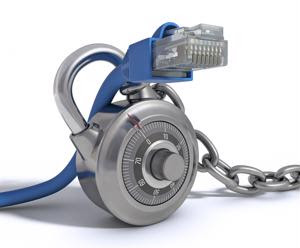 As an unconventional approach to manufacturing cost reduction, leading professional organizations are calling for increased protection against cybercrime, through hacking or data breaches, for the protection of their intellectual property (IP). The National Association of Manufacturers (NAM) released a statement saying that it supports the Senate Committee on Commerce, Science and Transportation's commitments to combat online criminal activity and IP protection.

NAM Vice President of Tax, Technology and Domestic Economic Policy Dorothy Coleman testified before Congress on the issue of "The Partnership Between NIST and the Private Sector: Improving Cybersecurity." She highlighted the importance of guarding the manufacturing industry against criminals who aim to devastate economic and national security.

"Defending against cyber threats is a top priority for manufacturers," Coleman said. "As holders of the world's leading IP, including designs, patents and trade secrets, manufacturers are consistently targeted by cyber thieves. The NAM has called for an effective public-private partnership that permits information sharing between the government and businesses to better ascertain and protect against these threats."

Loss of billions of dollars each year to online crime

Hundreds of billions of dollars are lost every year to cyberthreats, according to a report on the economic impact of online criminal activity by software company McAfee. The McAfee study done by the Center for Strategic and Internal Studies reported that global cybercrime and espionage may cost individuals and private and public sector organizations at least $300 billion or 0.4 percent of global gross domestic product. The report measures the economic losses from online crime by different cyber activities such as loss of "sensitive business information" and "reputable damage to the hacked company." One category, loss of intellectual property, is especially important to manufacturing companies and other industries that rely on technological patents and innovations.

For expenses related to cybercrime that affected only the United States, the estimated costs are between $24 billion to $120 billion. The study accounts for lost of intellectual property, which may include the valuable patents to machinery and other technology that manufacturing companies hold.

"The Senate Commerce, Science and Transportation Committee is taking steps to address this critical issue without adding burdensome and repetitive regulation that would defeat the purpose of cybersecurity efforts," Coleman said. The committee's work reflects a thoughtful step forward toward shoring up our cybersecurity so that manufacturers in the United States may continue to grow and lead our economy through innovation."