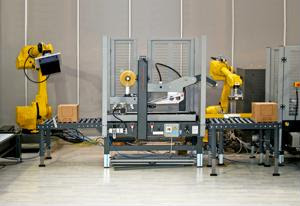 A new bill introduced in Congress for suspending tariffs may expand domestic manufacturing, according to the National Association of Manufacturers. In a statement, NAM said the Miscellaneous Tariff Bill introduced in the House of Representatives is integral for manufacturers to obtain raw materials and other proprietary inputs that are only available abroad.

"The MTB is commonsense legislation Congress can act on to keep manufacturing in the United States strong," Linda Dempsey, vice president of International Economic Affairs for the NAM, said.

It has been over 200 days since an MTB has been passed, which has led to an increase in procurement costs and a reduction of payroll hours and job layoffs. The bill is intended to reduce production expenses for manufacturers, including raw material costs, in order to keep them competitive in the global market. The bill has the power to suspend duties on specific inputs used in the manufacturing process.

As another organization that benefits from the passing of the bill, the Society of Chemical Manufacturers and Affiliates also praised the MTB for its potential to expand jobs in chemical manufacturing in a press release. The last MTB bill passed in 2010 contributed to $3.5 billion of the nation's gross domestic product, according to SOCMA. It also supported more than 90,000 manufacturing jobs.

"The MTB allows SOCMA members to continue to support American jobs, reinvesting in innovative businesses and workers," Lawrence Sloan, president of SOCMA, said. "With the majority of our members being small and medium sized, this represents one to two jobs at any given facility."