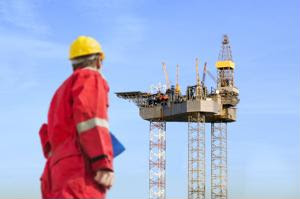 While domestic manufacturing has been slow at the beginning of 2013, a majority of U.S. manufacturers are reported to have gained a heightened sense of optimism. Despite viewing operating costs related to energy prices as obstacles, manufacturers expect more growth in revenue and hiring this year, according to Industry Week. In a PwC study of manufacturers, about 63 percent of respondents said they are "optimistic about the U.S. economy," an 8 percent increase compared to the first quarter of 2013 and higher overall than 2012.

With the economy improving, an overwhelming majority of manufacturers (82 percent) said they predicted revenue gains in the next 12 months. Average revenue growth is expected to be 4.6 percent over the same period of time, which is a 0.3 percent increase from the last quarter.

Compared to previous years, manufacturing spending levels were down but 75 percent of survey takers intend to boost their operating spending, up from 71 percent in the first quarter. Operating costs expected involve new product or services (surveyed at 45 percent) and research and development (38 percent). Less respondents (22 percent) said they saw costs related to oil and energy prices as an obstacle to growth compared to last quarter, which was 35 percent.

Manufacturing jobs are also projected to pick up overall with 42 percent of manufacturers saying they plan to hire workers in the next 12 months, which is a decrease from 45 percent reported in the first quarter. While the majority, 53 percent, said their workforce numbers will remain, 5 percent said they may downsize their staff.

Manufacturer News reported hiring in Georgia industries for transportation equipment increased by 6.2 percent and is projected to continue picking up, according to the 2014 Georgia Manufacturers Register and Manufacturers' News, Inc.

"Georgia's industrial climate continues to improve," said Tom Dubin, president of MNI. "The state's reasonable labor costs and friendly business environment continue to result in many companies investing in its manufacturing sector, particularly those in the auto/transportation equipment industries."