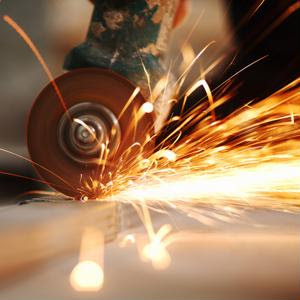 Congress is funding plans that will help manufacturers achieve operational excellence through research development. Through the help of technology advancing supply chain optimization, manufacturers may improve their productivity and output, which could lead to spurring economic growth. The National Institute of Standards and Technology announced it will award $4 million in funding for research plans to improve domestic manufacturing.

Newly established by the NIST, the Advanced Manufacturing Technology Consortia (AMTech) Program will award successful applicants grants worth $250,000 to $500,000. AMTech aims to identify projects that will address issues of the industry and provide resources to support basic and applied research for further development of manufacturing, according to its webpage.

"AMTech is designed to address an economically damaging weakness in the nation's so-called innovation ecosystem, an issue identified by the National Science and Technology Council (NSTC), the President's Council of Advisors on Science and Technology, and other bodies," NIST said in a press release.

AMTech grants are split between two categories: planning awards and implementation awards. For 2013, only planning awards will be granted with the potential for funding to advance research. Planning awards are given to proposals that meet criteria including but not limited to: facilitate the development of knowledge, identify key problems or gaps common in the industry or certain sectors and create a guide for new research to address these problems.

Organizations eligible to compete for grants include industry associations, nonprofits and higher education institutions, state, tribal and local governments. AMTech encourages collaboration between the private and public sectors in preparation for their proposals, with the expectation that all parties will participate in research activities or combine their resources.

Grants will fund two-year plans that address manufacturing issues, such as the growing trade deficit due to lack of technological innovations.

"According to the NSTC, there is a gap between R&D activities and the deployment of technological innovations in the domestic production of goods, which is contributing significantly, for example, to the growing trade deficit in high-value-added, advanced-technology products," NIST stated.

Through technology-driven research, the program hopes to increase the nation's competitiveness in the global market as well as increase investment in research that will transform the industry. Other goals include strengthening small- and medium-sized companies and translating research into commercial success for manufacturers.

Applications should be sent to grants.gov and are due by October 21.