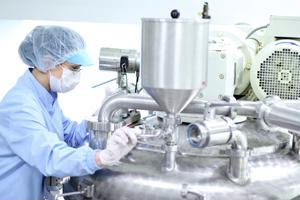 As a crucial part of production supply chain, the state of the manufacturing sector provides insight into the health of the economy as a whole. The industry gained a more positive outlook after the release of the U.S. Census Bureau's Manufacturers' Shipments, Inventories and Orders (M3) survey that showed gains in manufactured goods in June. With some growth in manufacturing, hiring in the job market as well as capital spending is also expected to pick up for the third quarter, according to Reuters. In addition to the U.S. Census Bureau's survey, the Department of Labor and Federal Reserve Bank of Kansas City recently released statements that indicate the economic future of manufacturing in the last half of 2013.

Manufacturing gained a needed boost as new orders for durable goods experienced a 4 percent increase, or $9.9 billion, to grow to $244.5 billion, according to the research. The M3 survey compiles statistics on the economic activity of the manufacturing industry including value of shipments, new orders, unfilled orders and end-of-month inventory using data from 4,300 manufacturing units.

"It appears from the four-week average of claims that there is no evidence of a pickup in job losses in July," John Ryding, chief economist at RDQ Economics, said to Reuters.

However, even with the huge increases in new orders across the board, shipments of manufactured goods were down to $229.8 billion in June after a slight increase in May.

While jobless claims increased by 7,000 in the week ending July 20, according to the Department of Labor's Unemployment Insurance Weekly Claims Report, state supplied comments showed manufacturing layoffs in some regions decreased. While claims were up overall nationally, with initial claims of 343,000 surpassing last week's revised figure of 336,000. For states that had a decrease of more than 1,000 initial claims, Minnesota led drops in claims with -11,969 for the week ended July 13.

The state said it experienced fewer layoffs in the manufacturing industries while Ohio also reported the same reason for less initial claims, saying it had a change of -2,501. For some states, the manufacturing workforce was actually downsized. The highest number of layoffs for the week ended June 13 was in Georgia with an increase of 7,027 from last report. It said that it had layoffs in several industries including manufacturing, construction and trade. Other states listed as firing workers in the manufacturing sector were mainly located in the South, including Alabama, South Carolina and Virginia.

Also announcing its report on the state of manufacturing was the Federal Reserve Bank of Kansas City with its July Manufacturing Survey. Manufacturing costs were reported as having reductions as future materials prices dropped and future selling prices had a slight expansion.

"We saw several positive things in this month's survey. Production and shipments rebounded after being disrupted by storms last month," said Chad Wilkerson, vice president of the Fed Bank at Kansas City. "And while some firms remain hesitant to expand, overall capital spending and hiring plans remain positive."

Reaching its highest number since June 2011, the production index rose to 21 from -17 while the month-over-month composite index also bounced back from being in the red. The index, which accounts for manufacturing performance including production, new orders, employment and raw materials inventory indexes, was 6 in July compared to -5 in June.