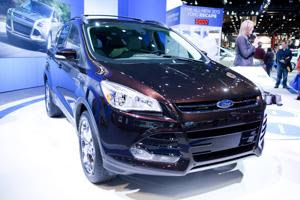 Ford is growing its manufacturing presence in Asia with a new $500 million engine factory in China, according to the International Business Times. By partnering with a state-owned auto company, Ford will be able to more than double its Asian production capacity. The corporation plans to expand into a new consumer product market, and the increased production will allow more models to be released in Asia.

The increased production in China is Ford's largest expansion in 50 years. General Motors and Volkswagen are the company's largest western competitors in the Asia Pacific region.The new plant will be manufacturing 1.0- and 1.5-liter engines, including the popular EcoBoost engine. The engines will go into 20 new models in the Asian market by the end of 2015. This will be a fivefold increase from the number of models Ford was offering in China in 2012, the Detroit Free Press reported.

The plant will utilize a lubrication process that will eliminate the need for coolant systems for parts of the assembly line, which will help Ford's global sustainability plan, the source said. A similar expansion in Michigan will work toward green manufacturing as well.