Billabong on road to recovery 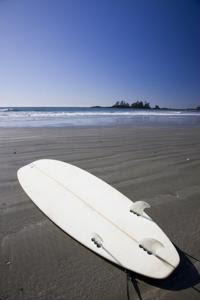 After peaking in 2008 with $1.2 billion of revenue, Billabong sought to expand its product line in a rapid pace. It soon acquired DaKine, a fashion and accessories retailer, and numerous other ventures including an e-commerce site and small retail stores. While it expanded its list of assets in its retail procurement, Billabong discovered it was difficult to manage 500 different suppliers and about 600 stores operating under its brand name.

"They're at the firesale point where they need to refinance the balance sheet. They're going to have to take massive writedowns," Evan Lucas, market strategist at Melbourne-based IG Markets, said to Bloomberg. "They grew too fast and leveraged themselves too hard."

Most of its acquisitions have not proved profitable. Its financial statements revealed that one-third of its retail products amounted to only 1 percent of revenue. Billabong also faced growing challenges from its competitors PacSun, which entered the market with its own line of swimwear, and Topshop leading its customers astray.

Billabong said it was estimated to be worth A$30 million, a fraction of what it was worth in December 2011, valued back then at A$435 million. However, there are signs of efforts to rebuild the brand, including discussions of the company repaying its loans through refinancing and asset-sale deals with Sycamore Partners Management and Altamont Capital Partners. The company has $651 million in debt that is projected to be repaid by July 2014.

In a step towards the company's transformation, Billabong will have Jesse Rogers from Altamont join its board of directors, Altamont announced in a press release.

"We see real potential in Billabong," Rogers said. "Despite all the company has been through, the brands are still strong and the business has the potential for significantly improved performance. Removing the uncertainty caused by the unending deal talk and financial stress helps tremendously."