Market for climate adaptation services will continue to grow 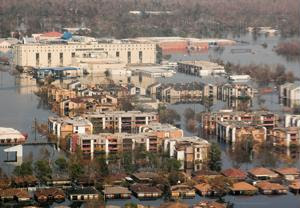 Currently, climate adaptation services involve consulting and risk assessment procedures mainly for government agencies. Some projects include analysis on water resources, infrastructure and power production. Since natural disasters have been on the rise, many businesses are taking a more proactive approach to risk management processes. Some organizations are realizing working to prevent climate change can prevent natural disasters and improve sustainability.

"Companies with expertise in water security are on the front lines of addressing changing climate adaptation," said Grant Ferrier, president of EBI. "Several leading consultancies have cut their teeth in Australia and other countries where governments have been forced to come to terms with chronic water scarcity. And now they're bringing that expertise to Texas and parts of the United Stated hit hard by drought and extreme heat."

Industries with the highest risk of business disruptions from natural disasters, such as agriculture, energy and water providers are the first to adopt climate adaptation services. Climate change could threaten the security of many organizations, industries, transportation networks and government agencies, Sustainable Business stated. New York City, which was severely impacted by Superstorm Sandy, has started constructing preventative measures in the even of another natural disaster. Cities at higher risk for major storms are taking more action than federal governments to prepare for climate change.

Many see climate changes as an inevitability, but effectively preparing for potential natural disasters and business disruptions in advance could give some companies a competitive advantage.