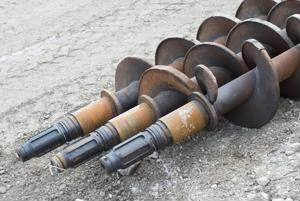 Moderate recovery on track for manufacturing

The "report confirms the picture of a moderate recovery in the manufacturing sector," said Annalisa Piazza, senior economist at Newedge Strategy.

Manufacturing production increased 0.3 percent in June from May, the Federal Reserve reported. May had previously experienced a boost of 0.2 percent from the last month. Total industrial production had grown 0.3 percent in June, accounting for factory, mine and utility production. Output in the mining industry expanded 0.8 percent, while utility output decreased 0.1 percent.

Despite the jump in production the previous two months, it is not enough to counteract declines in production numbers after they slumped in March and April. However, the improvement in manufacturing numbers is a sign that the overall health of the economy restoring, The Los Angeles Times reported.

"Clearly, manufacturing production growth significantly outpaced overall economic growth early this year and has recently been correcting to the relatively slow pace of growth in the overall economy," said Daniel Meckstroth, chief economist of the Manufacturers Alliance for Productivity and Innovation.

Factory activity increased in June after hitting a record low in four years, The Institute for Supply Management said. Offshore manufacturing has also signaled gains in production with European countries like Britain and France showing improvement. With output numbers picking up, there is hope that production could continue to climb into the second half of the year for the United States.