Home Unlabelled Use of few suppliers could result in product shortages

Use of few suppliers could result in product shortages 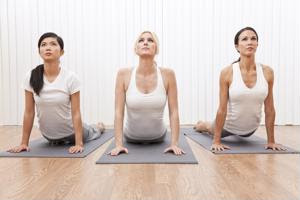 While some companies rely on few suppliers or manufacturers to find a greater business cost reduction or keep materials and processes tightly controlled, such methods can result in significant problems for enterprises should an unexpected event occur. A natural disaster or sourcing problem could limit a production facility's ability to make and send out merchandise, which could lead to shortages and lost revenues. Other problems, such as manufacturer defects, could result in troubles that lead to massive company recalls, missed sales goals and a strained relationship with a supplier or producer.

Chain yoga apparel retailer Lululemon Athletica recently announced a problem in its manufacturing facilities led a huge portion of its yoga pant supply to fall short of corporate standards. A defect in the company's special Luon fabric has resulted in "a level of sheerness" impacting 17 percent of the brand's pants. This is expected to create a shortage of product, which could take revenues down significantly. According to The Wall Street Journal, the mishap will force the company's anticipated first-quarter sales to drop to between $333 million and $343 million, compared to prior estimates ranging from $350 million to $355 million.

Lululemon relies on few manufacturers and suppliers, and has acknowledged in the past that this strategy puts their brand at risk for supply issues. The Journal reported in 2012, the company admitted that using only select suppliers could result in problems, and even indicated the Luon fabric, which is sourced from a single manufacturer, could pose potential issues. As this prediction has now come true, the company is scrambling to make up for its mistake and ensure consumers who may have purchased the defective product have their garments replaced as quickly as possible. Reports indicate for the time being, the brand will work with additional suppliers until it can build up a sustainable inventory once more and ensure its supply chain is running smoothly.