US manufacturers optimistic about 2013 growth 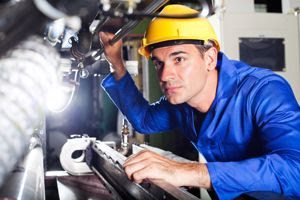 Nearshore manufacturing has become more prevalent in recent years as companies become increasingly concerned about disaster preparedness business solutions and business leaders are worried about the ability of their firms to withstand major catastrophic events or disruptions. Corporations have been moving manufacturing facilities back to the United States, and many are anticipating they'll see significant growth in the coming months.

Growth in US manufacturing

Buying Consortium Prime Advantage recently released its eleventh semi-annual Group Outlook Survey, which found manufacturers are confident about revenues and plan to grow or maintain their current workforce to meet consumer demands. Sixty-eight percent of respondents anticipate their revenues will be higher in 2013, while 87 percent expect their capital expenditures will rise or remain constant in 2013. Hiring is also looking strong for businesses, with 43 percent of firms anticipating they'll need to increase hiring in the coming months and 52 percent are planning to maintain their current workforce. This indicates producers are optimistic about the future and predicting strong consumer demand, even with the economy still recovering from the recent recession.

Production is on the rise, which may explain why 43 percent of manufacturers expect they'll need to step up their hiring in the near future. Bloomberg reported on Labor Department statistics which indicate American factory employees are working more hours weekly than they have since World War II. The source revealed employees working in the industry worked an average of 41.9 hours per week in February, making it one of the busiest months since May 1944.

"The workweeks are very, very, very long right now, on a historical basis," said Michael Montgomery, economist at IHS Global Insight, according to Bloomberg. "That's why you're seeing job growth in manufacturing. When you have to start to pay people time and a half and you have the volume of business, you can justify hiring people."