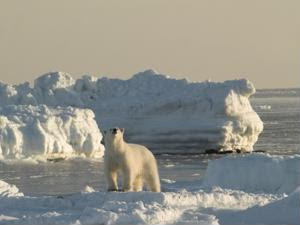 Melting sea ice is expected to contribute to new shipping routes that take carriers directly over the North Pole by 2050, according to research from the University of California. This will allow companies to make major changes to their current logistical plans and alter their supply chains to reduce costs, shorten shipping times and ensure products are delivered on schedule.

Melting ice could be beneficial for shippers

Research from the university showed by 2050 the Arctic ice will have melted enough to allow icebreakers to create a new passage directly over the North Pole. According to The Telegraph, this new route connecting the Atlantic and Pacific would be about 20 percent shorter than the current Northern Sea Route, which follows the coast of Russia. Besides saving the extra time it takes to use this route, companies could also save money by going straight over the North Pole. NBC reported using the Northern Sea Route currently requires shippers to employ sea escorts as they navigate the passage, making it expensive to ship goods via this path.

While this could be good news for shippers and companies looking to reduce fuel expenses and shipping time, the prospect does have some concerned.  Environmental groups and activists are concerned about the possibility of oil spills and pollution and how shipping through this area will impact native wildlife and global warming.

However, just because the route is open, shippers won't necessarily use it. NBC reported some companies may be hesitant to have ships navigate the relatively new route once it's open to cargo carriers, as there will be risks involved. Limited search and rescue capabilities in the area, uncertain routing capabilities and environmental commitments may prevent some shipping companies from utilizing the new paths as the Arctic ice continues to melt.