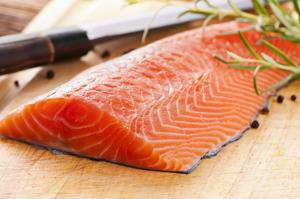 As the United States Food and Drug Administration (FDA) draws closer to approving a genetically engineered salmon for human consumption, grocers across the country are protesting the anticipated move by declaring they will prohibit sourcing the fish and revise their procurement policies to do so. Chains such as Whole Foods, Trader Joe's, Aldi and PCC Natural Markets have committed to not carrying the salmon, a product that has sparked huge controversy among consumers and environmental groups.

Genetically modified organisms (GMOs) are often in grains, and can be found in many common food products. However, they are controversial, as some scientists and groups claim the products haven't been put through enough testing to ensure they are safe to consume. Many want the government to mandate labeling on foods that contain GMOs, as is the standard in Europe, but no initiatives have yet been seen in Washington. Some state and local initiatives are in the works, and Whole Foods recently announced it would require suppliers to label products that contain GMOs by 2018.

While genetically modified grains are disturbing to some, many believe the potential for the approval of engineered salmon is even more upsetting. This product would be the first modified animal to enter the American food supply chain. The fish is similar to an Atlantic salmon, but its genes have been altered with those of Pacific salmon to make them grow faster and DNA from ocean pout to ensure they grow year-round.

Although the approval of the fish could result in cost savings for suppliers and purchasers and mitigate the risks associated with sourcing non-GMO salmon, such as overfishing or a dwindling supply, the idea is making more grocers pledge to carry only fish that has not been genetically engineered and could force them to find new suppliers if the fish is approved by the FDA.