Home Unlabelled Investments in Midwestern waterways could be critical

Investments in Midwestern waterways could be critical 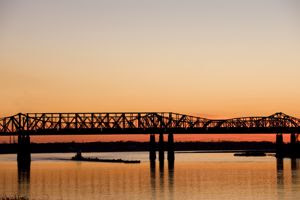 Much of the American Midwest suffered a severe drought in recent months, and it caused problems for industries across the country. Agriculture was hit hard, some raw material costs shot up and logistical practices were severely impaired. Midwestern waterways, including the critical Mississippi River, were found to have dangerously low water levels, which forced ships to carry lighter loads and caused numerous holdups that stalled barges for hours. In an effort to avoid this type of shipping and the risks associated with it, some companies were forced to employ other forms of transit, such as trucks and air freight, which have the potential to cost more or disrupt normal logistical processes.

Can government alleviate the problem?

To ensure logistics and natural disasters don't continue to have an impact on shipping in the Midwest, President Barack Obama recently voiced his concern about this topic and expressed the need for the government to step in and provide maintenance funds to the struggling waterways, according to The Hill.

"... I think we can anticipate that we may end up having some challenges in terms of managing our waterways well, whether or not we can continue to use barges to move a lot of product out of the American heartland to ports around the world, that is going to depend on our infrastructure," he said during a President's Export Council meeting, according to the source.

Additional government funds that could help maintain the waterways and ensure their levels don't fall too low could greatly assist businesses looking to ship goods through the Midwest to get products to market. Besides reducing shipping times, as carriers will no longer need to carry lighter loads or deal with delays, it could also cut costs for companies that have been seeking other forms of transit.