Home Best Practices Finance IT Personal computer shipments fall in 2012, will struggle to rebound in 2013

Personal computer shipments fall in 2012, will struggle to rebound in 2013 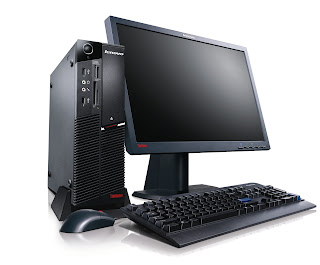 Personal computer manufacturers and their suppliers received some bad news this week when the International Data Corporation (IDC), an organization that tracks information about the global PC industry, reported that shipments of desktop and portable computers were down 3.7% in 2012.

Internationally, there were approximately 350 million PCs shipped last year. But a disappointing welcome to Windows 8 from consumers, a lack of touch screen components for Windows 8 PCs, and tight corporate IT budgets caused PC sales to fall well below expectations.

In the short term, the IDC sees the trend of fewer shipments continuing in the first half of this year with a slight rebound occurring in third and fourth quarters. They cite Microsoft ending support of its Windows XP operating system, affordable ultra-thin notebooks coming to market, and an increase in touchscreen PCs which could drive consumers towards Windows 8 as hopeful signs for the industry.

In the long term however, the PC industry has additional worries. IDC sees significant shrinkage of PC shipments by 2017. They estimate a decrease of 9% for desktop computers shipments to North America, Western Europe, and Japan over the next four years. Even in emerging markets, desktop PC shipments are predicted to be flat at during the same time period.

There is a bright spot for laptop sales, particularly in emerging markets, as IDC predicts shipments of over 240 million portable PCs in 2017, a 16.5% increase over projected 2013 shipments.

As I pointed out in my last Strategic Sourceror post, I.T. managers and corporate buyers can leverage this downturn in the PC market into savings opportunities by asking suppliers for deeper discounts on hardware purchases, and no-cost extensions for maintenance services on existing equipment.

If you would like to learn more about how Source One can help your organization with its strategic sourcing and procurement needs, please visit our website.