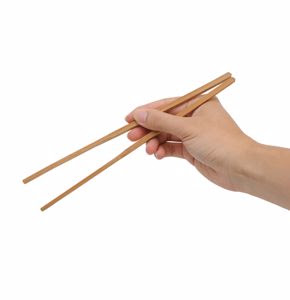 The country has already taken steps to reduce the amount of waste and deforestation chopstick production creates. National Geographic reported the Chinese government imposed a tax on disposable chopsticks in 2006 and the Huffington Post revealed officials sent out a warning to companies that produced excessive amounts in 2010. Officials are now encouraging consumers to bring their own reusable sets while eating out, which could help ease the amount of chopstick manufacturing necessary to meet market demands.

"We should change our consumption habits and encourage people to carry their own tableware," said Bai Guangxin, chairman of the Jilin Forestry Industry Group, according to the Xinhua news agency.

More companies are taking the initiative to implement corporate social responsibility policies that limit harmful emissions, use more recycled products and contribute to less deforestation. Many are concerned with climate change, which is thought to be exacerbated by consistent tree removal, and how it will impact their procurement and logistical options in the future. Changing temperatures could make it impossible for certain plants to grow as they once did, which could limit a company's ability to purchase materials vital to their production processes. Warmer temperatures are also thought to contribute to the melting of polar ice caps, which could change the ability of logistical agencies to ship merchandise across the world. If these concerns continue, companies will need to consider natural forces effects on sourcing and logistics and how this impacts their current manufacturing strategies.