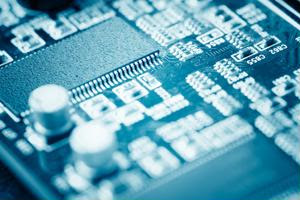 Tech giant Apple has long relied on rival Samsung to produce many of the chips that power its iPhone and iPad, but its purchasing strategies could be about to change. In recent months, lawsuits have strained relationships between the two parties, and Samsung's newfound success in the smartphone market has made it a more serious competitor.

Apple could be looking for a new partner to develop its chips and change up its supply chain. Reports indicate Intel could be lining up to become the corporation's new major chip supplier. Forbes reported Intel already supplies Apple with chips for its MacBooks, which could make it a logical choice to manufacture additional components for the company.

According to Reuters, Intel is currently in the process of replacing its CEO, which could further talks in the coming months. A new decision maker could advance Intel's role as an important chip manufacturer, especially as it has struggled to make progress in the mobile field as smartphones and tablets have become more popular with consumers.

The supply chain diversification could be a benefit for Apple, which could face problems if a problem ever hit Samsung's manufacturing facilities or the logistical processes that take the chips to Apple's manufacturing facilities. If the company relies too much on one chip supplier, a natural disaster, manufacturing problems or a material shortage could result in huge problems for Apple. Production of its popular products could be held up, pushing back orders, ship dates and preventing customers from receiving orders in a timely fashion. Having additional suppliers take on the chip manufacturing duties could mitigate risk and help Apple avoid any major supply chain problems, production issues and product shortages across the globe.