Home Unlabelled How will the sequester impact logistics operations?

How will the sequester impact logistics operations? 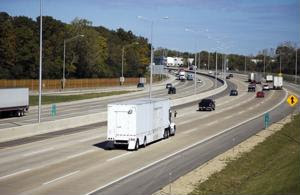 While corporations that operate within the U.S. may have believed the government sequester, which took effect March 1, would not greatly impact their operations, logistics and procurement, they could be mistaken. Controversy over the spending cuts has erupted and many business leaders are just now taking note of how the sequester could alter their operations and force them to employ new tactics to avoid risk and increase enterprise agility.

The sequester is the result of the fiscal cliff deal lawmakers agreed to several months ago. When attempting to avoid the fiscal cliff, Washington politicians decided to implement automatic cuts that would hit almost every government agency and department if a plan to cut to national deficit and limit federal spending was not reached by March 1. The deadline passed without an agreement, and the cuts were implemented as scheduled. While many businesses have not yet seen a direct result on their processes from this sequester, they could see significant changes in the months ahead, according to some government officials.

Companies that send or receive truckloads of raw materials or finished goods across the U.S. and Canadian border could see huge changes in their shipping process in the coming weeks. Some government officials claim the spending cuts will force the U.S. Customs and Border Protection Agency to cut down on staffers and limit overtime, forcing long delays at border crossings.

In February, testimony to the Senate Committee on Appropriations, Janet Napolitano, secretary of the U.S. Department of Homeland Security, claimed the sequester "would make four to five hour wait times (at the border) commonplace and cause the busiest ports to face gridlock situations at peak periods."

Problems at the border with truck inspection and processing could lead firms to alter their processes and enhance their procurement adaptability if the sequester cuts stay in place. Firms may consider purchasing their raw materials elsewhere or having their products manufactured in another area to have their drivers avoid crossing the border and risking a delay in waiting in shipping time. This could be significant for Canadian facilities; according to the Canadian Trucking Alliance, more than 80 percent of the country's manufacturing output is sent to the U.S., most of it by truck.

However, those who rely on the trucking industry may not be the only firms that experience sequester-related shipping difficulties. Air traffic and ocean shipments could also be impacted, which could slow logistical times and result in companies not receiving their orders on schedule. The Customs and Border Protection Agency revealed delays in cargo processing could be significant, and businesses won't be able to avoid them by having their shipments diverted to different ports, according to Government Security News.

Some businesses, especially those that rely on timely shipments of raw materials or goods, may be significantly impacted if the cuts cause expected results. Those that begin to experience serious delays may need to rework their logistical processes, sourcing policies or manufacturing practices in order to mitigate the risk of delays.

Some businesses may find it beneficial to implement nearshore manufacturing  tactics that bring production back to the U.S. to avoid any delays associated with Canadian or overseas customs delays. While domestic shipments of product could still be delayed shortly, these hold-ups may be shorter than those experienced by companies that continue to rely on shipments from across the world. Firms that have risk management practices in place to better support their supply chains may find implementing some of these emergency policies until the sequester-related delays are determined can be beneficial in cutting back on shipping problems.