US manufacturing grows in February 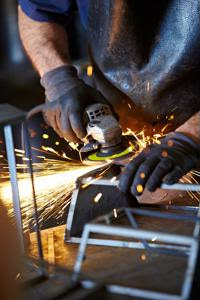 "The final PMI reading came in nearly a full point below the earlier flash estimate but nevertheless still points to an ongoing strong rate of expansion of the manufacturing sector in February," said Chris Williamson, Markit chief economist. "Order book growth slowed since January, but an acceleration in output growth to the fastest seen for almost a year suggests that firms are expecting this slowdown to be temporary."

Williamson also predicted the manufacturing sector would continue to expand at a quarterly rate of about 2 percent, helping to drive economic prosperity and make up for limited GDP growth in late 2012.

The data is in line with new information from the Institute for Supply Management's factory index, which jumped to 54.2 in February from 53.1 in January. This is the highest reading since June 2011. Both data sets indicate new orders were up substantially, which could be a significant contributor to the strong performance of the sector. The rapidly improving housing market and rising consumer sentiment may also have played a role in production increases and boosted numbers.

Despite strong expansion numbers, higher costs of manufacturing could have contributed to the slower growth of the PMI; higher input prices made raw material procurement even more expensive, increasing costs for producers. There is a chance this could translate into higher consumer costs in the long run, as companies aim to offset additional expenses and increase their profit margins in the coming months.