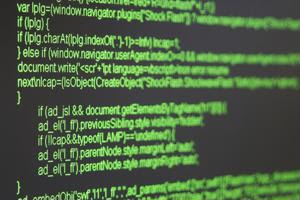 Chinese hackers have been accused of multiple cyberattacks on United States businesses and agencies in the last several months, and the federal government is taking the initiative to crack down on this illegal activity. A spending bill recently signed by President Barack Obama changes how the federal government can procure IT necessities, imposing restrictions that could have an impact on Chinese technology companies but may also help better protect American national security interests.

The legislation makes it extremely difficult for government agencies, including NASA, the Justice Department and the Commerce Department from purchasing information technology systems made by companies with ties to the Chinese government. This restriction could, in some instances, be overruled if a department head thinks making the purchase is essential. Agencies will need to determine the "cyber espionage or sabotage" risk when buying technology from certain businesses because of the concerns purchasing this equipment could allow hackers easy access into confidential U.S. systems.

According to Reuters, purchasing decisions are often made with strategic sourcing and low prices in mind. This new legislation could change how agencies procure their essential IT products and the process through which they determine which vendors are permissible to work with. Because the rules were just put into place, it's unclear how great of an impact they could have on agencies' purchasing strategies and Chinese businesses. Fox News reported the move may end up being more symbolic than economically significant to Chinese companies.

This move will likely call for many departments to change up their supply chains and rework their purchasing initiatives. This could allow them to give more business to American companies and boost domestic manufacturing, or award more contracts to foreign firms with no links to the Chinese government. Rethinking these sourcing tactics could potentially lead to cost savings in addition to limit the risk associated with IT materials made in China.