Home Unlabelled Toymakers look to US for production, procurement

Toymakers look to US for production, procurement 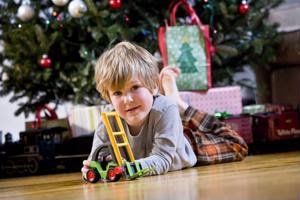 More companies are turning to nearshore manufacturing and domestic purchasing strategies to cut costs and reduce the risks their overseas supply chains face. As manufacturing labor costs rise in countries known for their cheap production, corporations are seeing multiple benefits to bringing production back to the United States.

Some products can be made in America

Toy manufacturers are slowly reshoring their factories and looking to fill new jobs in the U.S. K'Nex Brands, a provider of plastic building toys for children, has been shifting its production from China to America for several years now. The company and its manufacturing affiliate, Rodon Group, have made the move to better respond to consumer demand and more quickly ship their most successful products to toy stores across the country. These advantages, combined with improving U.S. productivity and rising labor costs in China, make the move ideal for a firm looking to find greater cost savings.

While the company aims to move more of its manufacturing to the U.S., limited domestic suppliers make it difficult to have all production take place domestically. It still relies on several imported parts that are difficult to find or too expensive to purchase from American companies.

K'Nex Brands also produces Lincoln Logs and Tinkertoys, both under license from Hasbro. While K'Nex recently moved Tinkertoy production from China to the U.S., it has yet to achieve its goal to make Lincoln Logs in America. However, the firm is on the lookout for a domestic supplier that could provide competitive rates for the small wood pieces.

"In the long term, it's much better for us to manufacture here," said Joel Glickman, chairman of K'Nex and Rodon Group, according to The Wall Street Journal.