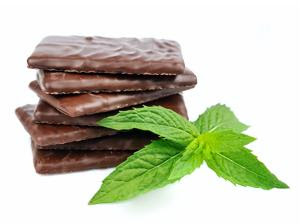 After an Oxfam report detailed how several chocolate companies are failing to protect the female farmers and workers across their global supply chains, Mars and Nestle announced new initiatives that will address gender inequality in their processes. General worker welfare in the Ivory Coast, which is the world's largest cocoa producer, has been an issue for major chocolate companies for years. However, a recent report revealed women farmers often suffer more than their male counterparts; they're paid less, have limited access to land and credit and are discriminated against by supervisors and coworkers.

The public backlash that came with the report forced Nestle and Mars to announce they would be making changes within their supply chains. Both companies have announced they'll be taking the steps necessary that will allow the women who are responsible for the farming and production process greater opportunities and address discrimination.

Both brands have committed to improving the livelihood of their workers will still optimizing their farming, production and logistical processes. According to Oxfam, Nestle and Mars will complete assessments that detail how women in their supply chains are faring, create action plans that will improve conditions, sign onto the United Nations Women's Empowerment Principles and partner with other players in the cocoa industry to draw attention to these major issues. It isn't thought these changes will have any negative impact on corporate processes or limit productivity.

"Women cocoa farmers and consumers around the globe have made their voices hears," said Alison Woodhead, campaign manager for Oxfam's Behind the Brands campaign. "Mars and Nestle have taken important steps to show the farmers they rely on, their customers and the rest of the food industry that they care about the conditions women face in their supply chains including low pay, discrimination and unequal opportunity."