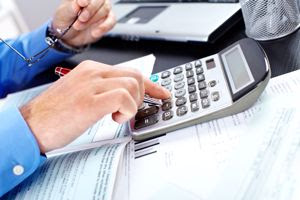 The United States General Services Administration (GSA) recently implemented a strategic sourcing initiative to find greater cost savings and the most efficient, least expensive procurement processes available. Strategic sourcing helps businesses or organizations identify where they can get the most value for common or large purchases, allowing them to cut costs on purchases made multiple times per year.

The GSA's federal strategic sourcing initiative (FSSI) aimed to drive down costs, share best practices with other government agencies and centralize purchasing practices. According to new data, the plan has had some success and effectively achieved some of its goals.

According to the Washington Business Journal, the new sourcing policies have saved the federal government $300 million. In recent testimony to the House Appropriations Committee's Subcommittee on Financial Services and General Government, Daniel Tangherlini, acting administrator of the GSA, revealed the success of the program and voiced support for implementing more initiatives that will help cut down on the cost of purchasing commonly-used goods such as cleaning supplies and wireless devices.

While these practices do have the benefit of slashing expenses, some lawmakers are concerned the increasing focus on strategic sourcing and its impact on smaller businesses. Purchasing from the vendor that offers the lowest prices for the most amount of product often doesn't allow small companies to remain competitive, especially if they don't typically deal with bulk orders. This makes it more cost effective for the government to purchase products from larger companies and deny some firms that can't rival those prices more business; according to the Federal Times, small businesses typically win only 20 percent of federal contracts. Some politicians fear this combined with a strategic sourcing push could push smaller enterprises out of business and limit competition in the marketplace if taken too far.