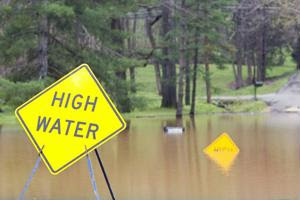 Logistics and natural disasters play an important role in every company's operations - nearly every firm either ships merchandise to clients or has raw material sent to its manufacturing facilities. However, many businesses don't prepare their transit routes for natural disasters, and some companies that source or ship from Australia could soon see problems as a result of their limited preplanning.

Disaster could strike businesses with interests in Australia

An enormous storm known as Cyclone Rusty is hitting Australia, causing major damage to businesses and infrastructure along the coast. Although the cyclone warnings may soon be canceled, major businesses risks will remain. Strong winds, flooding and downpours could significantly impact company operations in the country. This could make it impossible to procure raw materials, transport cargo or even put a halt to manufacturing processes altogether if a factory is severely damaged. According to the Australian Associated Press, some export facilities have been closed, though they don't appear to have sustained serious damage yet.

Events such as this highlight the need for enterprise agility and the importance of being able to handle natural disasters quickly and effectively. Without backup procurement  or logistical plans in place, some firms may be forced to hold off on obtaining materials until roads are reopened and debris from the storm has been cleared. This can result in a company being unable to fill orders in a timely fashion, meet consumer demand and maintain its reputation as a strong and well organized industry leader.

By stressing the importance of having alternate sourcing, manufacturing and logistical plans, a firm can be better equipped to deal with potential problems such as those currently being experienced in Australia. Being able to cope with natural disasters and the destruction they bring is an essential component of any business strategy, and companies can see an enormous benefit from embracing emergency plans. Whether they consist of enlisting backup or additional suppliers in areas not impacted by the storm, developing logistical strategies that won't be delayed by closed or damaged ports or employing other manufacturing operations elsewhere, alternate plans can be crucial to a firm's success. Processes such as this can also significantly contribute to cost savings, as firms that aren't prepared can encounter unexpected expenses from last minute sourcing or finding last-minute shipping routes.