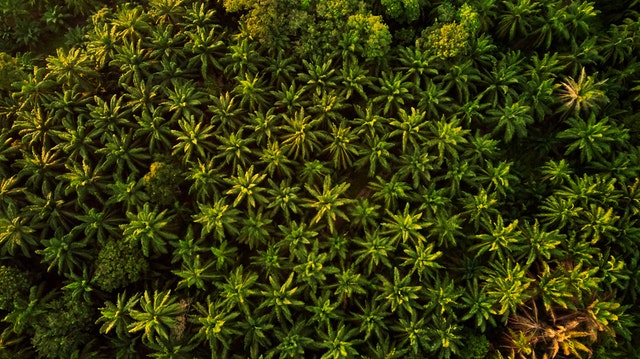 In a win for supply chain transparency -- and a loss for just about everything else -- the world's largest consumer goods companies have announced they will end the year without meeting their ambitious deforestation goals. Back in 2010, at the urging of groups like the Consumer Goods Forum, Nestle and Procter & Gamble (among several others) committed to establishing deforestation-free supply chains within the decade. They've made progress, but deforestation is still continuing at a staggering rate of 18 million acres per year.

Nestle, no stranger to disclosing its supply chain woes, will only make it 90% of the way to its goal. This disappointing news comes just a year after the Swiss conglomerate introduced Starling, a satellite-based system for monitoring its fraught palm oil supply chain. The system has so far provided a major boost to Nestle's efforts. At the end of 2018, just 63% of its core commodities came from deforestation-free networks. "Smallholders," however, have proven particularly difficult to identify, track, and police. Nestle has hesitated to cut ties with these vulnerable, independent farmers the way they might a large corporate partner. Accounting for around 20% of the palm oil supply chain, many of these individuals are just barely making a living. Emily Kunen, Nestle's Global Responsible Sourcing Leader for Palm Oil and Seafood, suggests that blacklisting smallholders would introduce human rights concerns as well as additional environmental pressures.

Procter & Gamble, which promises "to establish zero deforestation in [its] supply chain by 2020" on its website, has disclosed fewer details on its progress. Reuters simply reports that the company has confirmed it too will fail to deliver on its promise.

The conversation around deforestation has grown even louder throughout the last months. As many more fires than usual rage throughout the Amazon, activists and advocates are demanding a change in both hemispheres. Now more than ever, they're unlikely to take companies and their pledges at face value. A recent Deloitte survey found that just 12% of respondents aged 20 to 35 believe businesses are working to improve and protect the environment.

That same skepticism has dogged palm oil's major players throughout the decade -- with good reason. Just this week, the Rainforest Action Network (RAN) published the results of a damning new investigation. The organization found that businesses including Unilever, Mars, General Mills, and even Nestle are currently purchasing illegally-grown palm oil from the Rawa Singkil Wildlife Reserve in Indonesia. Gemma Tillack, RAN's forest policy director expresses her frustration. "Despite the fact that these big name brands publicly promised to end deforestation for snack foods years ago, they are sill sourcing from the companies driving palm oil plantation expansion." Worse still, they're driving this expansion into "one of the highest priority conservation landscapes for addressing the the climate crisis and wildlife extinction on the planet: the lowland peat forests of the Leuser Ecosystem."

"I'll believe it when I see it," was essentially the response last month when Amazon finally joined its peers in making an environmental pledge. In addition to purchasing thousands of electric vehicles and committing to reducing emissions, the eCommerce giant announced plans to invest in "reforestation." Protesters across the globe, including several thousand of Amazon's own employees, were decidedly unimpressed. Eager as consumers are to make a difference, they're disinclined to consider corporations their allies.

With only one quarter left in the decade, Nestle and P&G are just two of the countless companies who'll have to reflect on their progress (or lack thereof) throughout the last ten years. How are you performing against your 2020 objectives? How will a new decade reshake your priorities and reshape your roadmap?
Trending