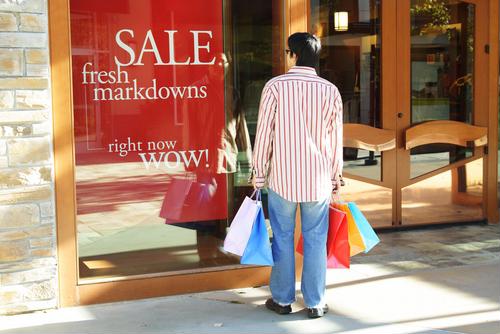 The turkeys may still be feathered or frozen with Thanksgiving still more than a month away, but retailers are already preparing for what the all-important holiday season will bring. Based on the growth of the economy and the dearth of people who are out of work, it could be a Merry Christmas indeed for one and all, new sales predictions indicate.

In November and December - the peak months for holiday buying - retail purchases are projected to reach between $727 billion and nearly $731 billion, according to the National Retail Federation's calculations. Should this range prove accurate, it would be an increase over last year, of between 3.8%  and 4.2%.

NRF President and CEO Matthew Shay said the organization's optimism is attributable to a combination of consumer buying behavior and America's consistent economic expansion. He cautioned, however, that things could change due to global instability in trade relations.

"The U.S. economy is continuing to grow and consumer spending is still the primary engine behind that growth," Shay explained. "Nonetheless, there has clearly been a slowdown brought on by considerable uncertainty around issues including trade, interest rates, global risk factors and political rhetoric."

Shay went on to state that because many consumers are doing well financially and considerably better than during the recession, retailers remain optimistic, if somewhat cautiously.

10% tariff on $300 billion in Chinese goods took effect Sept. 1
Such uneasiness is largely linked to how - or to what degree - prices could rise on hot ticket items, such as gaming consoles, ultra-high-definition televisions and other state-of-the-art consumer technologies. In August, the White House announced it would impose a 10% tariff on $300 billion worth of goods produced in China, which went into effect Sept. 1. Subsequent tariffs on Chinese goods are in the offing and set to trigger on Dec. 15.

As noted by the NRF, many small-business owners have raised prices on certain products as a result of these levies in order to remain profitable. It remains to be seen what impact - if any - follow-up tariffs will have on the public. However, close to 80% of consumers surveyed by NRF said they're concerned how additional tariffs will impact their holiday budget. The fallout could determine how swift sales prove to be for retailers this year.

"There are many moving parts and lots of distractions that make predictions difficult," Kleinhenz stressed. "There is significant economic unease, but current economic data and the recent momentum of the economy show that we can expect a much stronger holiday season than last year."
He added that since more Americans have a greater amount of discretionary income and job security, consumers will most likely be doing more spending than saving as Christmas and Hanukkah approach.
Procurement News