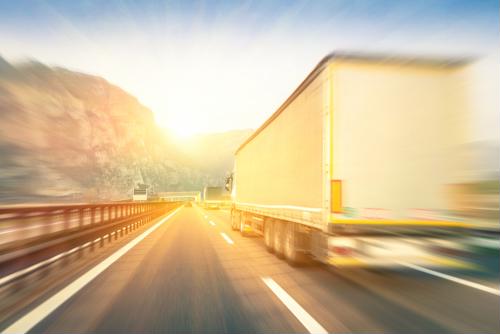 Many who don't deal directly with business supply chains may be shocked to find how much companies still require ground shipments, specifically by truck. However, those within those sectors understand just how vital this type of freight shipment can be to their operations, and should always strive to maximize efficiency.

In fact, even those that rely on tractor trailers for some or all of their shipping may not realize how inefficient it can be; many truckers know that "empty miles" are an all-too-prevalent part of their job, according to Convoy. With that in mind, more is being done to reduce these stretches in which truckers have nothing in the back of their tractor trailers, and Convoy's Automated Reloads program has become a critical part of that, and comes with the added benefit of reducing carbon emissions for total empty-mile freight shipping by about 45%.

While it's not likely to happen any time soon, if similar reductions were to take place across the entire U.S. trucking sector, it would be the equivalent of taking the entire number of vehicles registered in Florida off the road, the report said. Such an effort would save some 78.3 million barrels of oil annually. And that's in addition to greater efforts across the industry to improve routes and schedules to further reduce unnecessary miles.

How big of a deal is it?
Empty miles have long been accepted as simply a fact of doing business. Today, data suggests as much as 20% of drivers' total miles are empty, according to separate data from Convoy. That's not such a big improvement from the 20-30% seen in the mid-1970s, when data on this kind of driving was first sought out. By the 1990s and early 2000s, that share slipped to 15-18%.

In fact, some companies are likely underreporting their empty miles as a number of those in such surveys say they have little to no empty miles at all, the report said. If those businesses are instead judged to deal with roughly industry-average rates of empty miles among those that reported any at all, the industry total may be closer to 1 in 3.

A big contributor
Shipping is still one of the biggest contributors to carbon emissions in the world today, according to The Guardian. Among the 20 companies most responsible for such pollution globally (all of which are energy companies), 90% of the emissions they create come as part of fuel use - such as what's used in the supply chain - rather than extracting, refining and delivering fuel products.

Consequently, businesses that rely on relatively localized or fully global supply chains face similar questions about issues that not only impact their bottom lines, but the entire planet. The more that can be done to improve efficiency will do more than just be important financially, but also when it comes to reducing emissions on an ongoing basis.
Procurement News