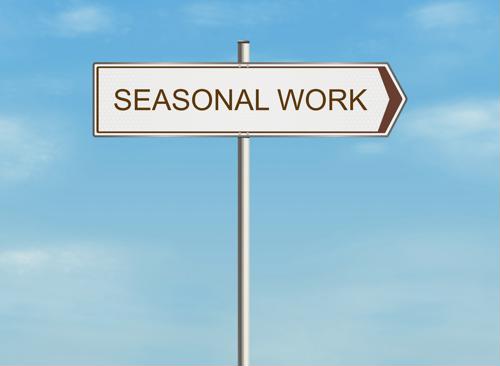 While it's usually a good sign when the unemployment rate hovers at or near historic lows, it can also create a problem for many companies within the supply chain. With the holiday season approaching, many companies that usually staff up heavily for much of November and December may suddenly have difficulty doing so.

Many of the biggest names in shipping and retail - not only nationwide but around the world - have announced plans to hire tens of thousands or more workers ahead of the holiday season, according to Supply Chain Dive. However, that all comes at a time when unemployment nears lows not seen in half a century. Some experts believe joblessness could  be the lowest ever recorded when accounting for other factors.

This means, however, that companies looking to hire heavily in the months ahead will be competing in a relatively shallow pool to hire the most qualified seasonal candidates, the report said. Simply put, hiring at a high volume in a short window - given the current industry constraints - could prove difficult.

"That's a huge undertaking," Lucas Hiler, director of strategic sales at recruiting and staffing agency Aerotek, told the site. "It makes me wonder, how are they able to hire a quality employee? Or are they just bringing in somebody that is not qualified for the job?"

What's being done?
As with many supply-and-demand scenarios like this, when unemployment drops, the cost of labor necessarily has to go up, so companies are doing more to appeal to would-be hires than ever before ahead of the 2019 holiday shopping season, according to Penn Live. Some also started their searches for seasonal hires as far back as August to get ahead of the pack.

Included in many of these upgraded offerings are on-the-spot hiring decisions, higher pay, flexible scheduling, eligibility for retirement savings plans, employee discounts and, perhaps most crucially, the ability to be hired on full-time at the end of the holiday rush, the report said. All of this may be critical for companies at every step of the supply chain to figure out as soon as possible so they don't find themselves shorthanded come November and December.

Taking the next step
Companies don't want to get pulled into a cycle where they must continually staff up every holiday season, so a transition program that allows part-time hires to become full-time is often seen as a must, according to Logistics Management. Not only should companies be screening for people who can do the short-term work, but also look at all applicants to see if any are future leadership material. With the right approach, seasonal hires can become effective managers that make next year's efforts easier to handle.

When companies are offering top dollar and great perks for seasonal hires, their difficulties in finding talent - even when the marketplace is incredibly competitive - are likely to be relatively minimal. That may be just what they need to get ahead this holiday season.
Procurement News