Home Procurement News Not a September to remember for manufacturers

Not a September to remember for manufacturers 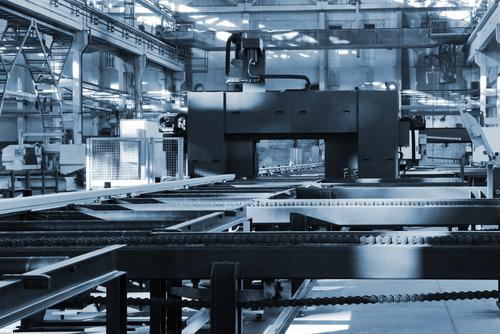 For all intents and purposes, this past year has been a smashing success for the manufacturing sector. Employers have added jobs, orders are up and production solid when compared to recent history. However, due in part to the brewing trade war that shows no sign of slowing down, September will not go into the "W" column for the industry, based on newly released figures.

The Purchasing Managers Index fell to 47.8% in September, a low last witnessed in 2009."

According to the Institute for Supply Management's Purchasing Managers Index, domestic manufacturing took a step back in the 30 days that spanned September, falling to 47.8, down from 49.1 in August. Not only was this the lowest reading of 2019, but a nadir last witnessed in 2009 during the height of the Great Recession.

Tariffs taking a toll
Timothy Fiore, chair of the ISM Manufacturing Business Survey Committee, chalked up the contraction to uncertainty caused by the tit-for-tat tariffs lobbed between the world's largest economies in the U.S. and China.

"Global trade remains the most significant issue, as demonstrated by the contraction in new export orders that began in July 2019," Fiore explained in a press release. "Overall, sentiment this month remains cautious regarding near-term growth."

Several anonymous sources who participated in the ISM survey acknowledged the impact the trade war has had on their supply chain."Chinese tariffs going up are hurting our business," noted an entrepreneur in the food and beverage industry. " Most of the materials are not made in the U.S. and made only in China."

Knowing from where foods and packaged goods derive is a major issue both for customers as well as the professionals who sell them. Health-conscious customers enjoy the ability to buy local so they know the foods they eat are fresh and sustain the economy. Tariffs, of course, also adversely affect business owners by raising production costs and, in some cases, weakening demand.

"Business has been flat for us," conceded an employer in the manufacturing space, as reported by ISM. "Year-over-year growth has slowed dramatically."

Three subsectors log growth
Although it wasn't a September to remember for most manufacturers, it was an encouraging one for a few. Of the 18 manufacturing-related subsectors measured by ISM, three reported growth. They included miscellaneous manufacturing, chemical products as well as food, beverage and tobacco products. Contraction was the story for the remainder, led by apparel, leather and allied products; printing and related support activities; wood products and electrical equipment, appliances and components.

Although no immediate end appears in sight in the trade dispute, National Association of Manufacturers President and CEO Jay Timmons is hopeful a successful resolution can be reached sooner than later - for the betterment of all involved.

"If the U.S. economy slows, the world economy will follow quickly, and China's people will suffer mightily as well," Timmons warned. "China should be willing to conclude an enforceable, bilateral trade agreement that ends the uncertainty and levels the playing field for all manufacturers."
Procurement News