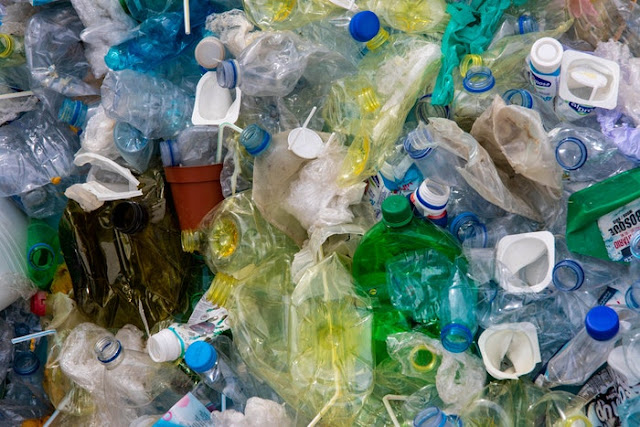 Every day approximately eight million pieces of discarded plastic find their way into the world's oceans. There, they kill around 100,000 marine mammals and a million sea birds each year. Packaging — plastic bottles and takeout containers, for example — plays an outsize role in this escalating crisis. The category accounts for 36% of all plastic production and nearly half of all plastic waste.

Fittingly, packaging is at the heart of Unilever's ambitious new pledge to ensure "that plastic stays in the economy and out of the environment."

The British CPG giant, which owns brands including Dove and Vaseline, has pledged to halve its virgin plastic use (currently 700,000 tons a year) by 2025. "We can only eliminate plastic waste," said CEO Alan Jope, "by acting fast and taking radical action at all points of the plastic cycle." Unilever's radical action, "a fundamental rethink in [its] approach to [its] packaging and products," will include ramping up plastic collection efforts, identifying new materials, and exploring business models that discourage single-use plastic.

Virgin plastic is any plastic resin that doesn't come from a recycled source. It's instead derived from sources like natural gas and crude oil. 99% of plastic comes to life this way. Most of it still ends its life in a landfill within a year of production.

These facts have made plastic production increasingly controversial among environmentally-conscious activists and consumers. Virgin plastic production not only requires more energy and generates more waste than recycling, but provides support to much-despised Oil & Gas industry. In a recent report, Greenpeace goes so far as to call endless demand for virgin plastic "a lifeline" for the sector's high-polluting organizations.

Another reason for virgin plastic's ubiquity is the relative weakness of recycled materials. When plastic packaging gets recycled, it invariably loses some strength and durability. As a result, most so-called "recycled" products include a blend of recycled and virgin plastics. That's why especially conscientious consumers keep their eyes out for labels that read, "Made from 100% Recycled Materials."

While it's made perhaps the most ambitious commitments, Unilever is not the first brand to address plastic waste in its supply chain. Keurig Dr Pepper plans to produce 100% recyclable K-cups by year's end and PepsiCo intends to reduce its own virgin plastic use by 35% before 2025. Activists are skeptical, however, that these organizations can deliver on their objectives. Groups including Greenpeace suggest that even the most sweeping and well-meaning of initiatives won't fully address the issues of over-production, over-consumption, and pollution.

Graham Forbes, global project leader for Greenpeace USA, responded to Unilever in an official statement. While acknowledging the "step in the right direction," he contends, "Unilever's continued emphasis on collection, alternative materials, and recycled content will not result in the systemic shift required to solve the growing plastic pollution problem." He goes on to ask that Unilever make greater efforts to fully eliminate single-use packaging from its supply chain and provide specific insights into its investments, actions, and progress.

Nestle and Procter & Gamble, two of Unilever's peers in the consumer goods space, recently announced that they would fail to meet the ambitious sustainability goals they outlined at the start of the decade. We'll have to wait and see if Unilever will succeed or — like those competitors — find itself wishing it hadn't made quite so many promises.