Home Procurement News What retailers can expect this Halloween

What retailers can expect this Halloween 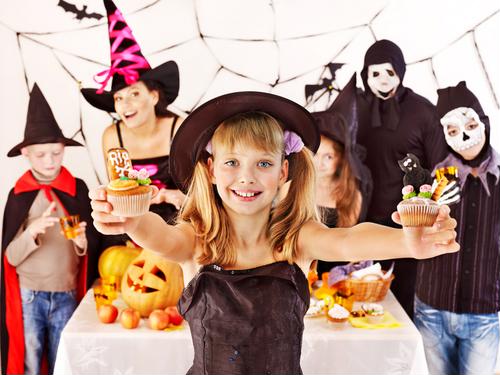 With Halloween just around the corner and Americans deciding what they'll wear for costumes, retail operators are scrambling to ensure their supply chains remain highly fluid, as consumers are expected to spend big money on tricks and treats.

According to newly released estimates from the National Retail Federation, shoppers are poised to pay approximately $86 on a per-person basis between now and the spooky holiday. That's right around what Americans doled out this time last year, which equates to roughly $8.8 billion in Halloween spending.

"Shoppers will spend $86 per person for Halloween festivities."
Should this projection come to fruition, it would be the third-highest total spent on Halloween items on record. NRF has kept track of Halloween spending tracing back to 1994.

NRF President and CEO Matthew Shay pointed out that while spending hasn't changed all that much lately, what's been interesting to observe is the influence social media has on what people buy. This has caused retailers to think more strategically as they prepare merchandise and pay greater attention to what's trending.

"[W]e are seeing a noticeable increase in consumers whose Halloween purchases are inspired by their friends, neighbors and even celebrities on social media," Shay explained. "Retailers expect to have another strong Halloween season and have stocked up on candy, decorations and the season's most popular costumes."

Google, Bing top destinations for inspiration
Search engines like Google and Bing are the most common sources of inspiration for what to go as for Halloween, cited by 35% of respondents in NRF polling. In second place was browsing store shelves and displays at 28%, with friends and family rounding out the top three at 20%.
What's risen rather sharply in recent years is social media. Approximately 18% of respondents cited Pinterest as what they used for generating ideas about what to buy, up from 13% in 2015. An additional 14% referenced YouTube and Instagram, a notable rise from 8% and 7%, respectively, compared to four years earlier.

9 in 10 buy candy for Halloween
What never goes out of style on Halloween is candy, which more Americans purchase during this time of year than any other holiday-themed item. Indeed, 95% of Americans are expected to buy candy between now and the end of October to hand out to trick-or-treaters who come to their doors looking for something sweet to eat. Roughly the same percentage of consumers - 94% - say candy and chocolate is a fundamental component of Halloween revelry and help make the day more enjoyable for both children and adults, a separate poll from the National Confectioners Association revealed.

John Downs, CEO and president at NCA, noted store owners really need to bring their "A" games as Halloween draws nearer by the day. They can do that by maintaining a well-oiled supply chain and provide resources that help consumers make more informed choices. It's estimated that around 85% of parents monitor their children's candy consumption in the days following Halloween so they avoid eating too much at once.

Adults also aim to be more conscientious when it comes to where they buy Halloween merchandise from. For example, 42% of respondents in the NRF survey said they will likely purchase goods from a discount supplier. An additional 36% indicated they'll patronize a retailer that specializes in Halloween items and 25% said they'll shop online. About 1 in 4 said they will head to grocery and department stores (25% and 23%, respectively).

In summary, if store owners and operators have anything on their shelves that's popular come Halloween, they should do everything they can to ensure the items are ready  to go. Shoppers come into stores with certain expectations and it's important that retailers meet or exceed them to earn their ongoing loyalty. This may be made possible by optimizing supply chains.
Procurement News