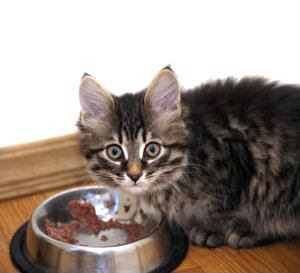 Nestle took a bold step and announced the concerning findings of an independent study of the company's supply chain practices in Thailand, reported The Associated Press. The investigation found that some fish that ends up in their Fancy Feast products is the result of forced labor.

The investigation began at the tail end of 2014, according to the source. Around the same time, reports from the AP "tied brutal and largely unregulated working conditions to their shrimp, prawn and Purina-brand pet foods."

Apparently, many of the laborers come from poorer areas such as Myanmar and Cambodia, upon arrival they are charged a fee to work and then are trapped into working off unreasonable payments, explained the AP.

Proposed solutions
In response to the findings Nestle has proposed a plan for 2016 to address these supply chain issues.

"As we've said consistently, forced labor and human rights abuses have no place in our supply chain," Nestle's Executive Vice President in charge of operations Magdi Batato said in a written statement, according to AP. "Nestle believes that by working with suppliers we can make a positive difference to the sourcing of ingredients."

Undercurrent News reported on the six-page action plan released by Nestle this week. Titled "Responsible Sourcing of Seafood - Thailand," the plan sets out to include new requirements for supplier relationship from the start.

Logistically, that will include things like training initiatives for workers and their boat captains. Nestle is also planning to launch a human rights campaign in the country and create an emergency response team to deal with reported abuses.

"This should include ongoing monitoring of business partners' supply chain management systems by independent third party assessments and identification of risks and issues to be addressed," the action plan states, according to Undercurrent News.

The backbone of these initiatives will be transparency. The company plans to release annual reports regarding progress on these new plans.

A wider reaching problem
The independent study was conducted by a non-profit organization called Verite. The company interviewed over 100 people involved in the process. From site supervisors to boat owners, as well as 80 workers from Myanmar and Cambodia, the interviews revealed deplorable working conditions.

"Sometimes, the net is too heavy and workers get pulled into the water and just disappear. When someone dies, he gets thrown into the water," one Burmese worker told the nonprofit organization Verite commissioned by Nestle, reported AP.

The nonprofit noted that the problems with Thailand working conditions are not limited to Nestle's supply chain. In fact, all workers in the Thailand seafood sector are susceptible to abuses and any companies that source fish from this region face the same problems as Nestle.

Nestle is being applauded for its move towards self-disclosure. While many industries claim to monitor supply chain issues, few are quick to share unfavorable findings, explained the source.

"It's unusual and exemplary. The propensity of the PR and legal departments of companies is not to 'fess up, not to even say they are carefully looking into a problem for fear that they will get hit with lawsuits," said President of the nonprofit Freedom House Mark Lagon, according to AP.

The disclosure does come in the face of lawsuits against the company. Late this summer, Nestle was handed a class-action lawsuit from consumers who had purchased Fancy Feast cat food products. The suit cited an AP report that linked the product to slave labor.

Whatever the reason for Nestle's public disclosure of supply chain issues, the company is taking some noble steps towards fixing supply chain practices for the better. It will be no surprise if more major industry leaders follow suit.