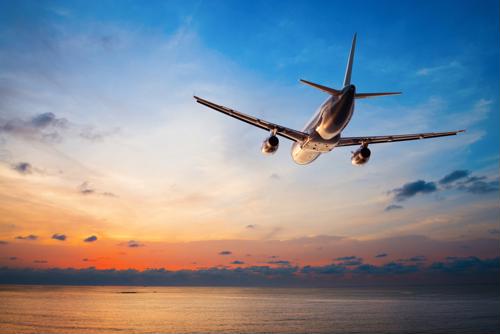 The electronic logging device mandate took effect just over a year ago with the intention of enforcing safety regulations for drivers, as well as instituting an easier and faster way to track, manage, and share records of duty status data.

And while ELDs have had an undeniable impact on the world of trucking, that impact has had reverberations that have been felt in the air and sea, as well.

ELDs synchronize with engines to automatically record vehicle operation record data, with the primary purpose of creating accurate hours of service records. This new automated method of obtaining HOS records replaces manual paper logs and the earlier Automatic On-Board Recording Devices. The mandate was passed for the purpose of cracking down on excessive commercial driving, as driver fatigue is known to be a cause of automotive accidents.

However, the rise of intermodal transportation means that such a change to the trucking industry has ripple effects that touch other elements of the supply chain.

In February, the ELD mandate was blamed for ocean carriers idling in port and waiting for trucks to become available to unload them. While the rise of U.S. port volume and concurrent trucker shortage were also instrumental in creating the bottlenecks, ELDs were also suspected of being part of the problem.

As shippers seek a way around the regulations, there has also been an increase in air freight volumes.

The rise of intermodal transportation means that the ELD mandate has ripple effects that touch other elements of the supply chain.
International Air Transport Association data shows that $17.5 billion of goods travel via air freight, representing 35 percent of all world trade by value, according to Supply Chain Dive. In April of 2018, the month that the ELD mandate began to be enforced, IATA reported a 3.2 percent expansion in North American airlines' freight volumes compared to the same period a year earlier.

"The front and back end of that intermodal move gets covered by a truck and is affected by ELD, driver shortages, improving economy — all the factors constraining capacity for shippers," said Michael Notarangeli, Executive Vice President of Logistics for managing consultant company Maine Pointe.

The majority of air freight is flown directly into the region where it's being delivered or picked up, but in the event that cargo must be taken to a region separate and away from the airport, the ELD mandate can once again come into play.
And when that happens, it often becomes necessary to pay for team rather than solo service, which drives up the rate.

"[The rates] have slowed down, but I do not think they will drop to pre-ELD levels," Frank Guenzerodt, the President and CEO of Dachser U.S.A. Air & Sea Logistics, told Supply Chain Dive. "The rates we have now will be the new norm moving forward. Many carriers have had to renegotiate agreed upon rates to mitigate their losses."

Like long distances, large cargo volumes are also driving up shipping costs. Busy airports that have tons of freight and mail passing through them also tend to have congestion issues as trucks wait in line to pick up or drop off loads. Such logjams can lead to delayed deliveries, which can affect other parts of the supply chain, with delays in product deliveries potentially leading to long, costly shutdowns of lines at the manufacturer.

The alternative, according to industry experts, is to look upstream for other solutions.
"The alternatives are managing the supply chain from the beginning to reduce cost," said Notarangeli.

"Shipping freight a day or days earlier when available gives us the time to still deliver on a specified due date without having to pay for hotshots [urgent-delivery freight companies] or teams."
Procurement News