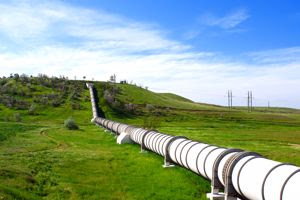 Increased production of shale oil in the U.S. will meet most of global demand in the next five years without commodity price increases, Reuters reported. U.S. oil production has risen to such a degree that the Organization of Petroleum Exporting Countries (OPEC) cannot boost output without risking lower prices.

The International Energy Agency (IEA) estimated global demand for oil will rise 8 percent by 2018 to reach 96.7 million barrels per day based on predictions of the level of economic growth during the period. On Tuesday, oil traded at $103 per barrel, far below its 2008 peak at $147.

"North America has set off a supply shock that is sending ripples throughout the world," Maria van der Hoeven, executive director of the IEA, told Reuters. "The good news is that this is helping to ease a market that was relatively tight for several years."

As the world's fastest growing large economy, China was driving the demand for oil for the last several years, raising costs, according to The Wall Street Journal. However, economic growth is beginning to slow in China, and the higher supply of U.S. oil is helping to lower costs. OPEC increased crude oil output by an estimated 25,000 barrels per day in April after several months of decreased production.

IEA predicted the U.S. will surpass Russia as the world's largest non-OPEC oil producer as soon as 2015, Reuters stated. The agency also estimated global increases to oil demand will be met by mainly non-OPEC producers. OPEC output may fluctuate for the next five years as production in the U.S. continues to increase. The additional supply will keep prices lower than they were five years ago, and it could allow the logistics industry to reduce costs.