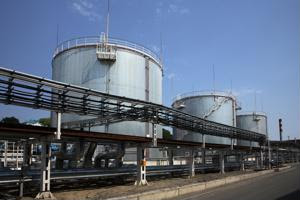 When Superstorm Sandy landed in New York six months ago, it caused a major energy crisis and the East Coast is still working to strengthen fuel supply chains to defend against another disruption, Reuters stated.

Gasoline providers suffered disruptions in almost every link of the supply chain. Oil tankers were slowed by debris in the harbors, refineries flooded and fuel storage centers experienced power outages. Flooding and lack of electricity closed gas stations and shut down the East Coast's largest pipeline. Fifty-seven of 62 refined fuel terminals were either shut down or operated at reduced capacity in the aftermath of the storm. Members of the industry are currently taking precautions to lessen the impact of a further natural disaster on sourcing, Reuters reported.

Some energy providers are changing their facilities to prevent a large scale service stoppage. Electricity companies are investing in storm protection measures, according to Reuters. NuStar Energy in New Jersey, one of the fuel storage facilities in the path of Sandy, raised barriers to its tanks and relocated its office further inland in the event of a future hurricane. Fuel terminals will be checked for backup power capabilities and resistance to flooding. New York will require its gas stations to add wiring for an emergency power generator. The state budget will include money for this change to be made.

People living in the affected areas will most likely be better prepared in the event of a future natural disaster, Reuters said. Local officials in New York and New Jersey reported gas stations would begin rationing sooner. Both states began gasoline rationing several days after Sandy, and it was not effective enough to contain the damage of supply chain disruptions. Drivers will most likely increase their personal storm preparations by filling up before another hurricane strikes.