Small business manufacturing is on the rise in the US 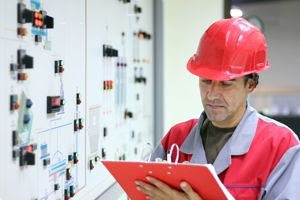 Smaller domestic manufacturing companies borrowed at pre-recession levels at the end of 2012, indicating firms are growing, based on the most recent PayNet Manufacturing Index (PMI). The PMI tracks small manufacturer growth and has risen 48 percent since 2009.

The PayNet findings were released the same day the Institute for Supply Management (ISM) claimed the rate of U.S. manufacturing growth slowed in April, as reported by Reuters. While the pace cooled, the ISM findings still indicated there was an expansion. Both orders and production increased in April.

Advances in technology are allowing smaller manufacturing firms to gain a stronger foothold. Instruments manufacturing one of the fastest growing sub-sectors. The PayNet findings revealed instrument producers are using advanced sensors in gauges and monitoring systems to a higher degree. Electricity meters are more accurate with the use of digital sensors, which reduces energy consumption and allow for higher quality control.

The index uses 2006 as the base level for manufacturing growth, and some sectors borrowed more than six years ago for capital investments. The Industrial Machinery and Equipment sub-sector, responsible for building gas compressors, machine tools and industrial fans has recovered to a pre-recession level, taking out 23 percent more loans than in 2006. The transportation equipment sector experienced a resurgence as well, with firms investing 12 percent more than six years ago. Increases in auto sales have boosted this sector.

"This sector is the biggest example of the resurgence of U.S. manufacturing," said William Phelan, president of PayNet. "The process of reinvention and recreation is core to business right now and surviving companies have figured this out."