Should We Say Goodbye To Coke Bottles? 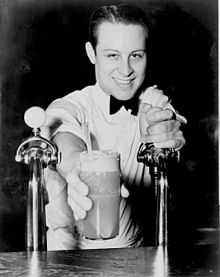 On the heels of home soda-maker purveyor SodaStream getting strong reviews from analysts and experiencing a healthy stock bump, prompting CEO Daniel Birnbaum to express his hopes of being a $1 Billion company by 2016, it's time to take a look at the existing soda business. Specifically: given the boom that home soda making has experienced over the past two years, and the fact that Coca-Cola is technically already in the business of producing syrups (for most of its key products, the company only produces syrups; the mixing/bottling takes place by a consortium of franchised bottlers), why hasn't the company explored consumer syrup distribution?

If you own a home soda machine, worked a concession stand, or have seen one of the myriad TV specials on the Coca-Cola company, you know that a drinkable flavored soda is some mixture of soda syrup and carbonated water. Coke's concentrated syrup, which they internally call "fountain syrup", is manufactured by the company or a licensed third party, packaged in large containers, then sold to wholesalers who then turn and sell directly to fountain operators like restaurants and the bottling franchisees. Once mixed with water at the bottler, the finished sodas are shipped to stores and machines. It's this final step, where the company is essentially shipping a little bit of syrup and a whole lot of water, where the supply chain could be optimized by incorporating home production.

Paying to ship water eats into profits, a fact the laundry detergent industry already grappled with and acted upon in the early '00s. In those halcyon days of pastel terror alerts and Pontiac Azteks, Big Soap (just-created term for the manufacturers of Tide, All, etc.) was churning out gigantic plastic bottles of laundry detergent, which at the time consisted largely of a concentrated cleaning mixture pre-mixed with water (sound familiar?). These jugs offered plenty in the way of brand recognition in store aisles, but shipping all that water got expensive really quickly when gas prices spiked in the mid-'00s. Slowly, starting with 2x concentrates, then 8x concentrated detergents, to today's essentially water-free liquid "pods", Big Soap quit shipping water. While it was clearly a bottom line-driven move, the smaller packaging and lesser water usage gave Proctor & Gamble and the rest of Big Soap environmental angles to promote.

Now back to soda. Should Coke ever decide to sell soda to the public, there would definitely be legal disputes from its franchisee bottlers, and a tangled entry to market, but the shipping cost mitigations would more than justify it. The company spent $8.5 Billion in distribution and bottling costs alone last year.

So, what do you think is holding them back? Let us know below.
Humor Rants Observations, Procurement Transformation